Need for Speed Wiki
Register
Don't have an account?
Sign In
Advertisement
in: Vehicles, 2000s, Nissan,
and 30 more

It is also the first four-wheel drive car to have its transmission located at the rear. This results in a distribution of torque to the rear wheels varying from 50 to 98 percent, eliminating the previous generation's understeer weakness.

The GT-R's performance is on par with the latest supercars and is one of the fastest cars to lap the Nürburgring with an incredible 7 minutes and 26 seconds. It received a facelift in 2011 along with a boost in horsepower.

The GT-R appears in Need for Speed: ProStreet as a tier 3 car with a price tag of $60,000. It is required to complete the Super Promotion raceday in Autopolis to unlock the car.

The Nissan GT-R has a good acceleration and firm handling. It is superior to the Nissan GT-R Proto despite having a lower price tag. Players are recommended to use the car for Grip. The stability provided by the all-wheel drive layout make the GT-R also useful for Speed events.

The GT-R appears in Need for Speed: Undercover as a tier 1 car with a price tag of $275,000. The player must reach wheelman level 13.5 to unlock the vehicle.

With a high top speed of 243 mph (391 km/h), it is slower than the Bugatti Veyron 16.4, however, it lacks acceleration in comparison to other tier 1 cars.

The GT-R appears in Need for Speed: Shift as tier 3 car with a price tag of $165,000 and a performance rating of 10.50. It is unlocked after collecting 80 Stars and is capable of a Works conversion.

The GT-R offers stable and precise handling, which can be useful for difficult corners. It is one of the most controllable cars within its class, given the fact it rarely becomes loose whilst turning.

The high weight of the Nissan GT-R affects its acceleration, which is weaker than seen by a few tier 3 cars such as the Chevrolet Corvette Z06. With a Works conversion, this minor issue can be eliminated and the Nissan GT-R can become a very competitive race car, better than the SpecV.

The R35 GT-R appears in Need for Speed: Nitro as a Class A car. It is rated 4 in both speed and handling; 5 in acceleration; and 3 in both drifting and strength.

An R35 GT-R with a unique livery can be unlocked as a Collectable Car for use in both Arcade Mode and Career Mode, once the player finishes the Gold Cup Grand Prix in 1st place.

The GT-R before the patch on May 30, 2012 suffered from severe understeer whilst turning at any speed due to a high weight. It also had a good acceleration and top speed.

Currently, the GT-R can turn better than before, but is still featured with a heavy weight. Its handling is up to par with the Lamborghini Gallardo LP 560-4's, meaning the GT-R can take most corners in the game at a fairly high speed. It also has a quick acceleration that is comparable with lower rated class A cars and an average nitrous boost. Top speed is 190 mph (305 km/h).

The GT-R is useful in pursuit events and partly competitive in multiplayer races, because of having a better handling than other lower priced Class B pre-Tier 3 cars such as the Audi R8 4.2 FSI quattro, although it might still need upgrades.

The GT-R appears in Need for Speed: The Run as an Exotic class car.

The stock GT-R is unlocked from the beginning of the game.

The Need for Speed Edition GT-R is unlocked upon the player beating 15 Solo Objectives in the "NFS Racing" Playlist.

A GT-R police interceptor can be encountered during The Run, but cannot be unlocked by the player. 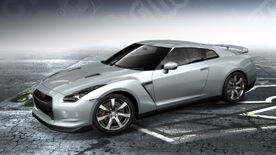 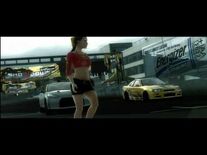 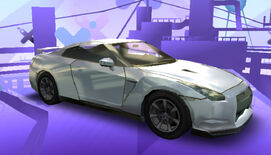 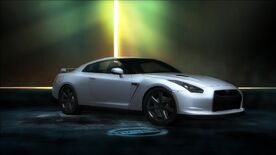 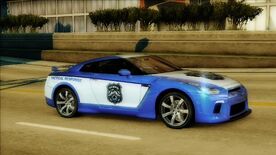 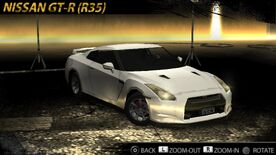 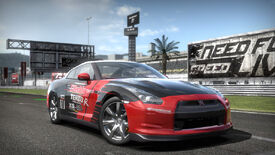 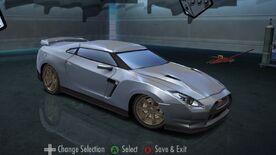 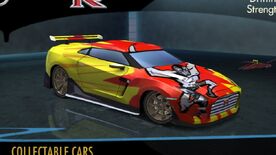 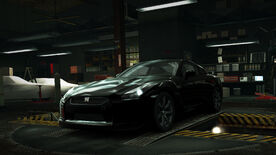 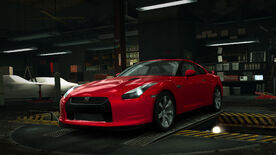 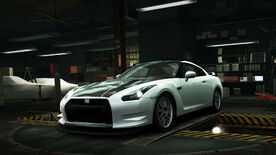 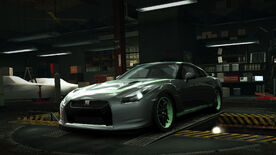 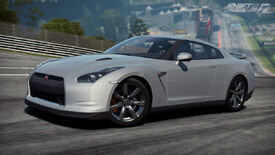 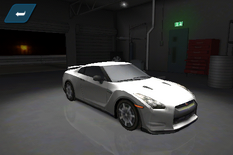 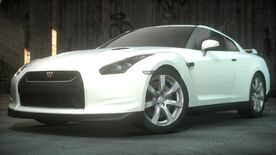 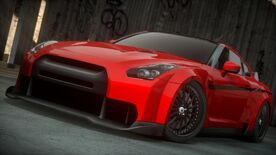 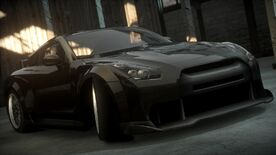 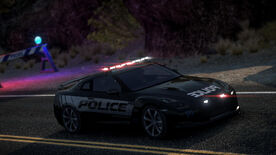 Need for Speed: The Run
(Police)
Community content is available under CC-BY-SA unless otherwise noted.
Advertisement