1730 kg (3814 lbs)
Stub - Why not help by expanding this article with relevant information.

It comes fitted with weight saving modifications over the standard model including lightweight alloy wheels, Recaro seats and a carbon-fibre rear wing. The model is placed below the Track Pack Edition.

The GT-R Black Edition appears in Need for Speed: Rivals as an RCPD unit included with the Ultimate Cop Pack as a pre-order bonus, but is also available with the Loaded Garage Pack. 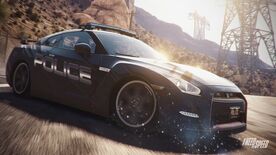 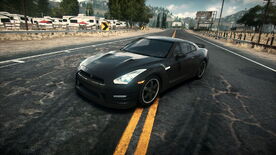 Retrieved from "https://nfs.fandom.com/wiki/Nissan_GT-R_Black_Edition?oldid=140658"
Community content is available under CC-BY-SA unless otherwise noted.