Need for Speed Wiki
Register
Don't have an account?
Sign In
Advertisement
in: Vehicles, Cars, Nissan,
and 12 more

The R35 GT-R boasts an unique technical base consisting of a torque-vectoring all-wheel drive system, transaxle and a 3.8 litre twin-turbo V6.

For the 2015 model year, the GT-R was updated with a slightly altered suspension setup to further improve handling as well as driving comfort.

The GT-R Premium can be purchased for

The GT-R Premium 2015 appears in Need for Speed: Edge. 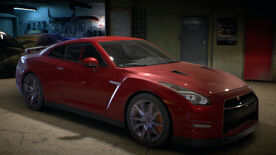 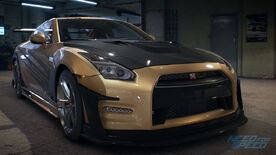