Need for Speed Wiki
Register
Don't have an account?
Sign In
Advertisement
in: Vehicles, 2000s, Nissan,
and 26 more

It is 60 kg lighter than the base GT-R and is equipped with a high gear boost controller, black rims, altered brakes and suspension. Nissan started production in 2009 and ended in 2011.

The GT-R SpecV appears in Need for Speed: Shift as a tier 3 car with a price tag of $225,000 and 11.90 car rating. It is unlocked upon collecting 80 stars and is incapable of a Works conversion.

The SpecV benefits from an all-wheel drive configuration, which allows it to exit corners at high speeds without any difficulties. It is one of the most controllable cars in the game and is faster than a stock Nissan GT-R and other similarly ranging cars with a rear-wheel drivetrain in terms of acceleration.

The handling of the SpecV is superior to the standard R35 GT-R. Its steering lacks the agility of higher rated A class cars such as the Porsche 911 Carrera S, as it is prone to understeer at high corner entry speeds, although this drawback can be avoided by appropriate braking. It has a moderately powerful nitrous boost.

Apart from that, its acceleration is typical for most high-performance A class cars. Standard top speed is 191 mph (307 km/h). The SpeedBoost variant is capable of reaching 203 mph (327 km/h).

The SpecV can keep up with more nimble A Class cars in non-difficult race tracks, that allow it to reach its top speed. Otherwise, it is useful in pursuit events like the standard GT-R because of its weight.

The "Snowzilla" style is a drag car that costs

The "Unlimited AWD" style is a drag car that can only be obtained via the Car Prize Pack. It was released on February 20, 2013.

The GT-R SpecV appears in Need for Speed: Hot Pursuit (2010) as a Super Series racer vehicle, and as an SCPD Rapid Deployment unit.

In corners, the GT-R SpecV is somewhat prone to understeer due to its heavy all-wheel drive system. On the other hand, this trait makes it useful for ramming police vehicles.

Upon defeating Jamie Campbell-Walter in the Modern A League Championship, the Nissan GT-R SpecV JCW Edition will become available. It has a top speed of 209 mph (336 km/h) with acceleration from 0-60 mph in 2.5 seconds and brakes from 60-0 mph in 2.86 seconds. It has a performance rating of 1660 and a handling rating of 4.69.

The GT-R SpecV appears in Need for Speed: The Run as an Exotic class car.

The stock GT-R SpecV is unlocked from the beginning of the game.

The Need for Speed Edition GT-R SpecV is unlocked from the beginning of the game.

The GT-R SpecV appears in Need for Speed: Hot Pursuit Remastered as a car tier 3 vehicle available to cops and racers.

It can understeer through corners, but its heavy all-wheel drive system adds to its durability and ramming ability.

The GT-R SpecV is a Super Series racer unlocked upon earning 545,000 racer bounty. 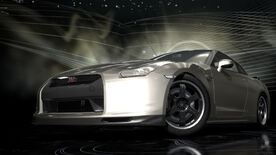 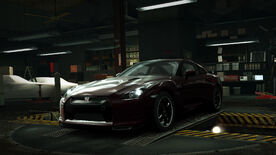 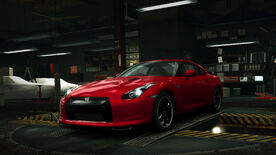 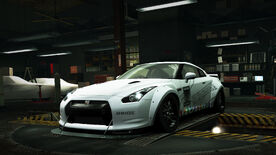 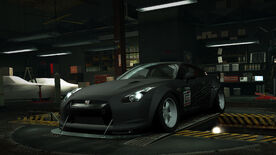 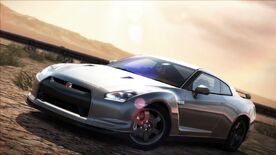 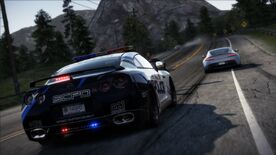 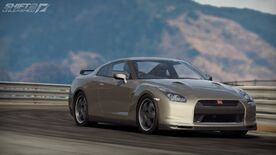 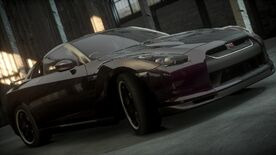 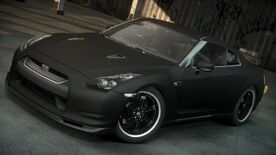 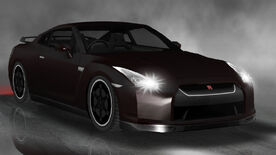