Need for Speed Wiki
Register
Don't have an account?
Sign In
Advertisement
in: Vehicles, 1970s, Nissan,
and 43 more

The 1971 Nissan Skyline 2000 GT-R (C10) was the first car in the Skyline GT-R line, which was produced from 1969 to 1973. It is often referred to as the Hakosuka by the automobile enthusiast community.

Unlike the Nissan Skyline GT-R R32 and other variants of the Skyline GT-R, the 2000GT-R was also available as a saloon.

The Skyline GT-R PGC10 appears in Over Drivin' GT-R, a localised Japan release of The Need for Speed, for Sega Saturn.

The Skyline PGC10 appears in Over Drivin' Skyline Memorial, a localised Japan release of The Need for Speed, for PlayStation.

The nimbleness of the C10 Skyline allows it to have a quick acceleration and precise handling. However, like most cars from the early 1970s, the C10 has a considerably lower top speed than most cars, which were manufactured in a different time span.

Fully tuned, the C10 Skyline is capable of going from 0 to 60 mph in under 4 seconds, making it suitable for a Works upgrade.

Handling counts as one of its best traits as it turns faster than every other C class Skyline and smoothly enters corners instead of sliding somewhat.

Acceleration is similar to that of the Toyota MR2 GT-S except for being slightly weaker. Its nitrous boost has a moderate strength, but can be improved with skill mods.

It is a well performer in race events. The Mazda RX-8 accelerates noticeably quicker but costs more. Players are suggested to be cautious in pursuits, as it can easily lose a lot of speed in a collision.

The Skyline 2000GT-R (C10) appears in Shift 2: Unleashed as a Retro Road class car included with the downloadable Legends Pack.

It has a D 80 performance index rating and 2.73 handling rating.

The Speedhunters edition has a B 1180 performance index rating and 4.42 handling rating.

The Skyline 2000GT-R appears in Need for Speed: The Run as a Sports class car.

Its inclusion was revealed by the official Need for Speed website on October 17, 2011.

The stock Skyline 2000GT-R is unlocked upon the player beating 4 Autolog recommendations.

The Need for Speed Edition Skyline 2000GT-R is unlocked upon the player beating 8 Autolog recommendations.

The Vulcan is a classic sports class car that requires 40 rare blueprints to unlock. The blueprints required to unlock the vehicle can be found from various sources:

The Skyline 2000GT-R appears in Need for Speed: Payback following a brief appearance in a race gameplay video[1] released on September 20, 2017.

The Skyline 2000GT-R appears in Need for Speed: Edge with a C class performance rating. 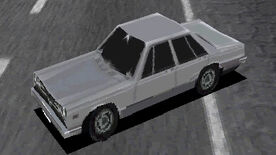 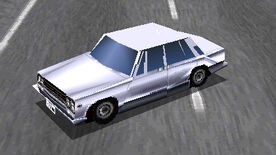 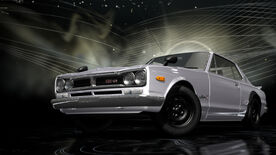 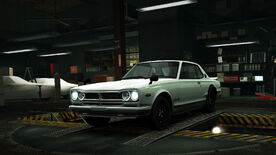 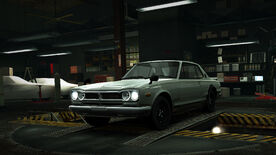 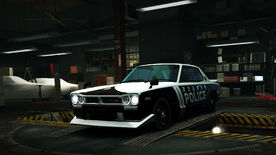 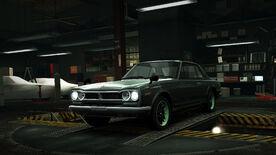 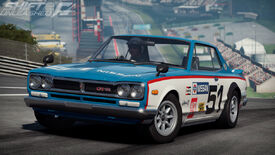 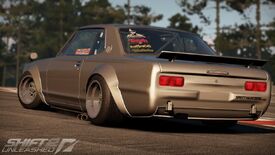 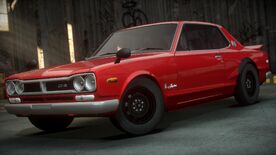 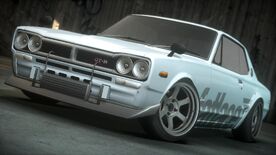 Need for Speed: The Run
("Fatlace") 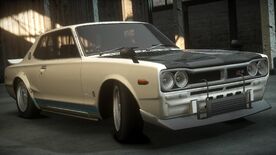 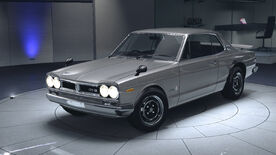 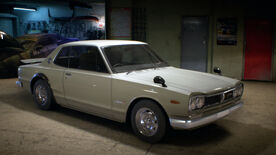 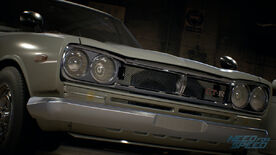 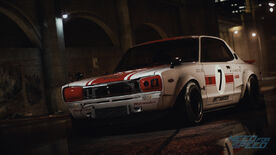 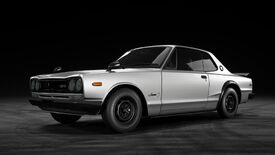 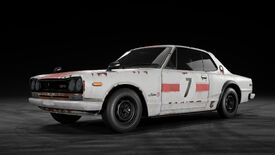 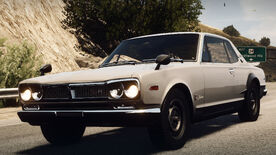 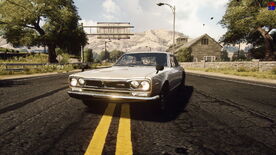 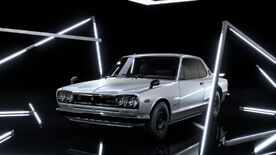 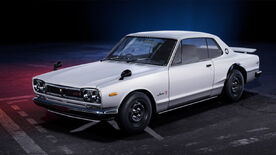