Need for Speed Wiki
Register
Don't have an account?
Sign In
Advertisement
in: Vehicles, 1990s, Nissan,
and 29 more

The R32 and all its subsequent replacements are powered by a 2.6 litre twin-turbo inline-six engine that sends its power to the wheels through a 4WD system. On both axles, the GT-R uses a multi-link suspension.

The R32 GT-R enjoyed great success in the FIA Group A touring car category, earning it its 'Godzilla' nickname by an Australian motoring publication.

As a tribute, the V-Spec (short for victory specification) was released in 1993, featuring a revised 4WD setup derived from its motorsport counterparts, Brembo brakes and 17" BBS wheels.

Grouped in Class A, alongside the Skyline GT-R BCNR33 and Fairlady Z 300ZX, it can only be selected with a dark blue paint, although it can appear in dark grey when driven by A.I. and split-screen opponents.

The Skyline R32 appears in Nissan Presents: Over Drivin' Skyline Memorial, a localised Japan release of Road & Track Presents: The Need for Speed for PlayStation.

Grouped in Class A alongside the R33, it can only be selected with a dark blue paint, although it also appears in dark grey for A.I. and splitscreen opponents.

The GT-R R32 performs similarly to the Nissan Skyline GT-R R34 V-spec, because of an identical acceleration, weight and nitrous boost. However, it is more prone to understeer in corners than the R34, giving it an inferior handling. Standard top speed is 158 mph (254 km/h).

It is fitted with ultra custom quality performance parts from different manufacturers, 3-star Skill Mods, and a selection of aftermarket parts.

The Skyline GT-R R32 appears in Shift 2: Unleashed as a Retro Road car, with a price tag of $25,200. It has a performance index rating of D 469 and a 4.00 handling rating. The downloadable Speedhunters pack also features a modified variant of the Skyline GT-R.

Despite its low price tag, the GT-R R32 is a good performer. Thanks to being all-wheel drive, the R32 has a lot of grip, which is useful for controlling the car in corners and at high speeds. Combined with its quick acceleration, the GT-R R32 is one of the best C rated cars for most races including the Retro events.

The "Speedhunters" GT-R is notable for having the third highest car rating (A 2450) in the game, being behind the WORLD Racing Pro-FWD Reaper Scion tC and Dodge Viper GTS Twin Turbo. With a top speed of 250 mph (403 km/h), it is one of the fastest cars in the game. The Speedhunters variant is very useful in Drag, because of its acceleration and mentioned top speed.

The Skyline GT-R (R32) appears in Need for Speed: The Run as a Sports class car.

It made a brief appearance in the "Run for the Hills" gameplay trailer released on July 27, 2011.[1] and its inclusion was revealed by the official Need for Speed website on August 31, 2011.

The stock Skyline GT-R (R32) is unlocked upon the player achieving a Bronze Medal in all "National Park" events in the Challenge Series.

The "Merlin" Signature Edition Skyline GT-R (R32) can be unlocked by the player as a possible Bonus Wheel reward.

The "Underground" Signature Edition Skyline GT-R (R32) requires the Underground pack and is unlocked from the beginning of the game.

The Skyline GT-R BNR32 appears in Need for Speed: No Limits as a classic sports class car. Its starting performance rating is 455 and the blueprints are available in Underground Chapter 8: Nitrous Antidote.

The stock Skyline GT-R BNR32 is a classic class car that requires 10 rare blueprints to unlock. The blueprints required to unlock the vehicle can be found from various sources:

The Skyline GT-R (R32) 1991 appears in Need for Speed: Edge with an A class performance rating. 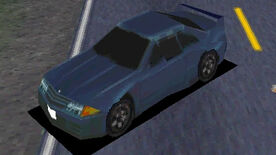 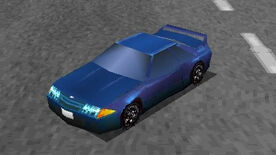 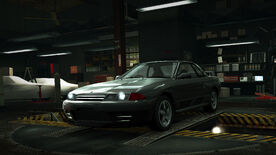 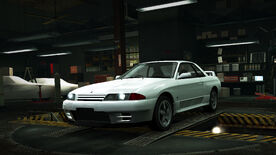 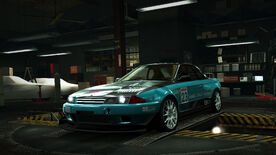 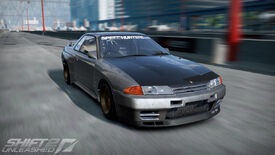 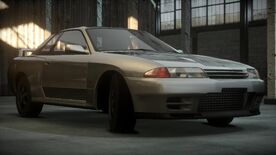 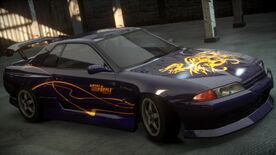 Need for Speed: The Run
("Merlin") 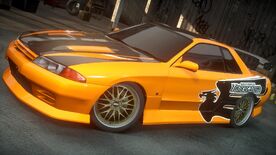 Need for Speed: The Run
("Underground") 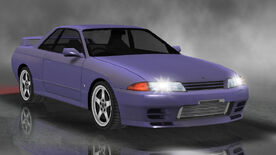 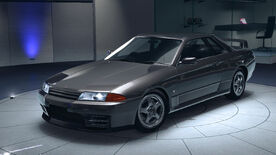 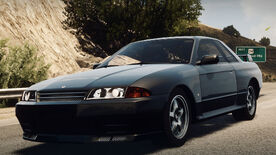 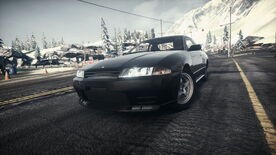