Rival Challenge - "Earl"
#1
North Bay Cannery is a Speedtrap event that appears in Need for Speed: Most Wanted.

It is the first part of the Rival Challenge against Blacklist #9 - Earl - within the career mode.

The route begins near the North Bay Canning factory in Gray Point. Players must race to Cascade Industrial Park and then return to the factory after passing through five speedtraps.

The player against Earl 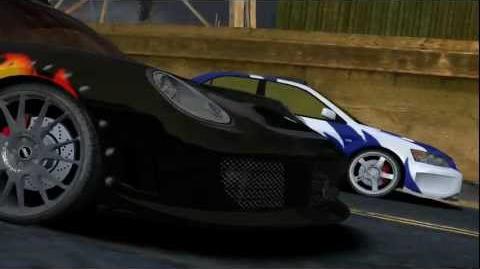