The Speedster has an aluminium chassis. During its production time, it could be ordered with a turbocharged version of the Z22SE inline-four engine.

The Speedster appears in the GameCube, PC, and Xbox releases of Need for Speed: Hot Pursuit 2 as a class 5 vehicle, which is unlocked upon collecting 2,000 NFS points.

In the PlayStation 2 release, it appears as a class E vehicle that is unlocked from the beginning.

It's recommended for beginners to use the Speedster as their starter car. It has controllable and firm handling compared to the Ford TS50 and the Mercedes-Benz CL 55 AMG, while also having a higher top speed than the Lotus Elise and the Vauxhall VX220.

The Speedster NFS Edition can be obtained in the GameCube, PC, and Xbox releases by collecting 4,000 NFS points. In the PlayStation 2 release, it is unlocked upon completing Hot Pursuit event 2 - Opel Speedster Delivery. 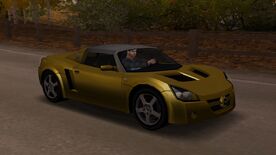 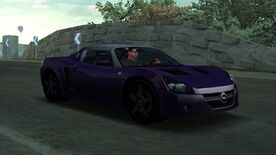 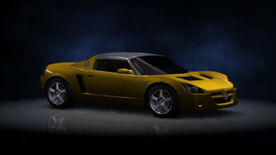 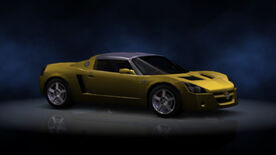 Retrieved from "https://nfs.fandom.com/wiki/Opel_Speedster?oldid=140684"
Community content is available under CC-BY-SA unless otherwise noted.