Need for Speed Wiki
Register
Don't have an account?
Sign In
Advertisement
in: Vehicles, Cars, Pagani,
and 28 more

The Zonda Cinque was developed after Pagani's Hong Kong dealership reported demands for a road-going Zonda R. "Cinque" means "five" in Italian and is a reference to its production number.

It has a wide black stripe following along its carbon-titanium fibre body lengthwise and a parallel red stripe along the centre of the body.

The Zonda Cinque was made available in Need for Speed: World on August 24, 2012, and appears as an A class vehicle.

The handling traits of the Cinque were generally not obstructing its competitiveness in races. The steering was similar to that of the Pagani Zonda F, meaning it was prone to understeer when attempting to enter a corner at a sharp angle.

In the field of acceleration, the Cinque was slighly more effective than the Zonda F and featured with a powerful nitrous boost too. Top speed is 220 mph (354 km/h).

Since September 5, 2012, the Cinque received a significant improvement in handling. Its stiffness was completely eliminated, as it is capable of performing quick manoeuvres in the fashion of the Porsche 911 GT3 RS.

However, it also has a small chance of fishtailing. The acceleration of the Cinque was also increased, making it the fastest accelerating vehicle in the game.

The Red style is a stock cash car that costs

The Sleigh Runner style is a holiday themed car that costs

9200. It was released on December 4, 2012 as part of the Winter Holiday event. It is equipped with a snowflake particle trail emitting from the vehicle's rear.

The Zonda Cinque appears in Need for Speed: Hot Pursuit (2010) as an Exotic Series racer vehicle, and as an SCPD Speed Enforcement unit.

An NFS Edition of the Cinque can also be unlocked. It has a black stripe as wide as the original's red stripe, and is selectable with an Orange or Orian Silver body paint colour.

The Cinque is one of the best racer vehicles due to its high top speed and handling, which allows it to enter and exit corners at a higher speed than similar vehicles.

The SCPD Zonda Cinque has the same driving traits but may not be as durable as other Speed Enforcement vehicles such as the Bentley Continental Supersports in Hot Pursuit.

The Zonda Cinque appears in Need for Speed: The Run as an Exotic class car.

Its inclusion was revealed by the official Need for Speed website on November 3, 2011.

The stock Zonda Cinque is unlocked upon the player beating 15 Solo Objectives in the "Exotic Sprint Racing" Playlist.

The "Shadow" Signature Edition is unlocked upon The Run on Extreme difficulty.

The Zonda Cinque appears in Need for Speed: No Limits as part of the 2.6.4 update and featured in a "Pursuit Legends" special event that took place from November 15, 2017 to to November 22, 2017. The starting performance rating is 688.

The stock Zonda Cinque is a hyper class car that requires 60 legendary blueprints to unlock. The blueprints required to unlock the vehicle can be found from various sources:

The Zonda Cinque appears in Need for Speed: Edge.

The Zonda Cinque appears in Need for Speed: Hot Pursuit Remastered as a car tier 4 vehicle available to cops and racers.

It has a high top speed and great handling for its car tier.

The Zonda Cinque is a Exotic Series racer unlocked upon earning 672,500 racer bounty. 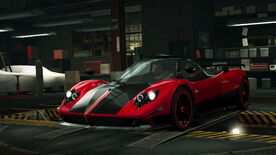 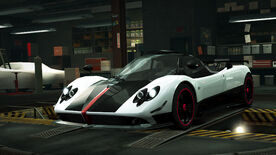 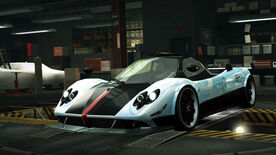 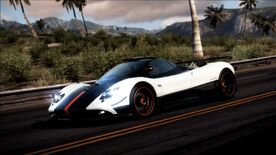 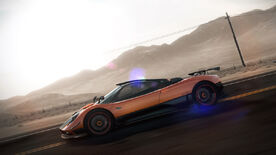 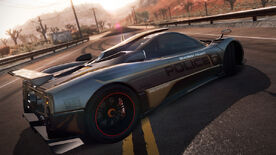 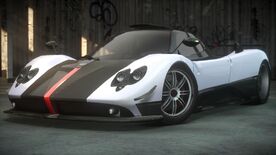 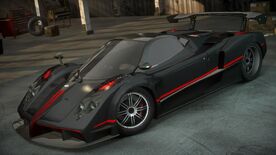 Need for Speed: The Run
("Shadow") 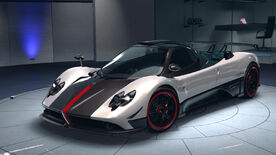 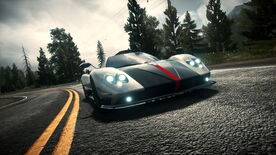