Need for Speed Wiki
Register
Don't have an account?
Sign In
Advertisement
in: Vehicles, 2000s, Pagani,
and 21 more

The Zonda F appears in Need for Speed: Carbon as a tier 3 exotic class car.

The custom black Zonda F is unlocked for use in Quick Race from the beginning of the game.

The custom grey Zonda F is unlocked for use in Quick Race from the beginning of the game.

The Zonda F appears in Need for Speed: ProStreet as a tier 3 car with a $741,000 price tag. It is unlocked upon dominating the Showdown II: Autopolis raceday.

It has strong acceleration, good handling, and a high top speed. The car is especially useful in Drag and Speed events, however, it is also prone to fishtailing at high speed.

The Zonda F appears in Need for Speed: Undercover as a tier 1 vehicle with a $320,000 price tag, and is unlocked upon reaching Wheelman Level 13.5. It appears in the PlayStation 2 and Nintendo Wii releases with a price tag of $250,000.

The player must steal a gray Zonda F belonging to the Chinese Triad leader - Chau Wu - in the mission Hornets Nest. They have to frame Chau by earning $25,000 Cost to State with his Zonda F.

The Zonda F reaches a top speed of 247 mph (397 km/h) without performance parts. Its acceleration is rather lacking compared to most tier 1 cars although this is compensated good handling.

Handling is good enough for most corners but can be slightly difficult to control at high speeds. On straight roads, it can be outperformed by cars with a higher top speed such as the Pagani Zonda R and CCX.

The Zonda F appears in Need for Speed: World as a tier 3 car following a 2009 teaser trailer featuring it, but was not made available until December 27, 2011. Since August 22, 2012, it has been featured as an A class car.

Acceleration and nitrous boost are both up to par with the fastest A class cars, and close to the Pagani Zonda Cinque.

Since it was retuned on December 13, 2012, the Zonda F has a highly responsive and grippy handling and no longer suffers from understeer. Top speed is 202 mph (326 km/h). The Zonda F is useful for competitive multiplayer races and pursuits.

The Red style is a stock cash car that costs 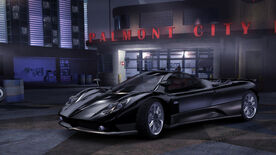 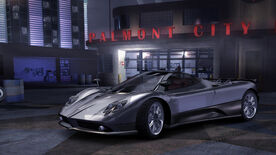 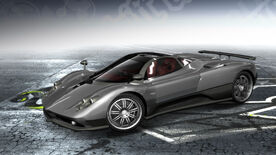 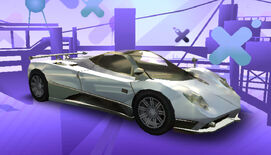 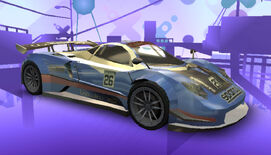 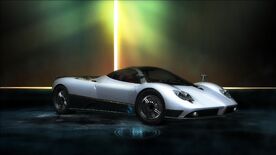 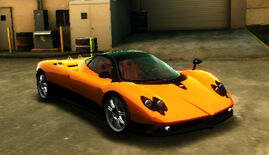 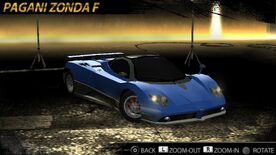 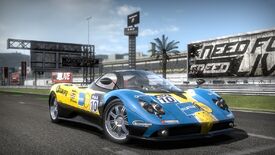 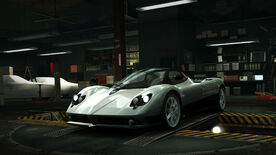 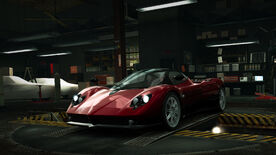 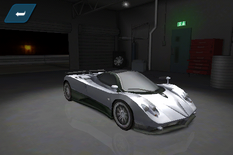