Need for Speed Wiki
Register
Don't have an account?
Sign In
Advertisement
in: Vehicles, 1970s, Plymouth,
and 13 more

Fitted with Chrysler's RB (Raised Block) series of engines, the last developed version of the block, its cast-iron block has a bore of 4.32 inches (109.7 mm), giving it an overall displacement of 440 cubic inches (7.2 litres).

On top of being the largest displacement engine offered with the Barracuda from 1970 to 1973, it was fitted with three two-barrel Holley carburettors, dubbed the "6-Barrel" (6-BBL) in Plymouth models and "Six-Pack" in Dodge models.

The engine was offered as the highest performance option for the Barracuda in 1970, following the popularity of the 440 in other Dodge models, but its power was slightly reduced in 1971 to meet increasingly restrictive emission regulations, and was dropped from the Barracuda lineup in 1972.

The Barracuda '70 appears in Need for Speed: Heat following an article published[1][2] on August 19, 2019, revealing it to be part of the game's official car list, and appears in the NFS: Heat Studio app as part of container 10, which was released on October 22, 2019. 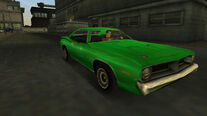 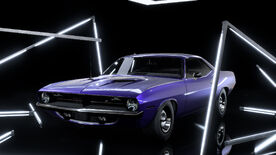 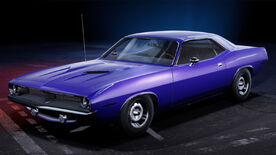