Need for Speed Wiki
Register
Don't have an account?
Sign In
Advertisement
in: Vehicles, Cars, Plymouth,
and 19 more

1558 kg (3435 lbs)
The Plymouth Road Runner is a muscle car that was built by the Plymouth division of the Chrysler Corporation in the United States between 1968 and 1980.

In 1968, the first muscle cars were, in the opinion of many, moving away from their roots as relatively cheap, fast cars as they gained options.

Although Plymouth already had a performance car with the GTX, designers decided to go back to the drawing board and reincarnate the original muscle car concept.

Plymouth wanted a car that would be able to complete a quarter mile in 14 seconds and sell for less than $3,000. Both goals were met and the low-cost muscle car hit the street.

The success of the Road Runner would far outpace the upscale and lower volume GTX, with which it was often confused.

The Road Runner's first appearance was in Motor City Online.

The Plymouth Road Runner appears in Need for Speed: Carbon as a tier 2 muscle class car.

The custom orange Road Runner is unlocked for use in Quick Race upon the player reaching Online XP Level 8.

The custom red Road Runner is unlocked for use in Quick Race upon the player reaching Online XP Level 8.

The Road Runner appears as a part of the Booster Pack DLC for Need for Speed: ProStreet as a tier 2 vehicle with a free price tag.

With the strongest trait being its acceleration, its soft suspension and front-biased weight distribution, the Road Runner requires a lot of braking on corner entry.

It is best used as a Drag car, during the earlier portion of the career mode to outperform AI opponents, whom have less powerful cars during this stage. It remains competitive in later stages of the career as long as both performance and handling upgrades are applied.

The Road Runner is a competitive car, performance-wise. It has superior handling and nitrous boost to the Chevrolet Chevelle SS. The Road Runner matches well against other B and C class cars, but can be difficult to control in narrow roads because of its length. It can reach a top speed of 134 mph (216 km/h). 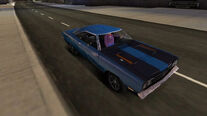 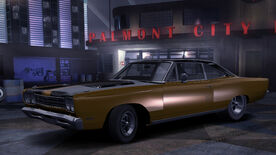 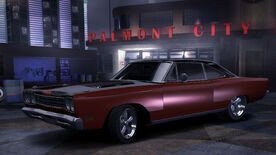 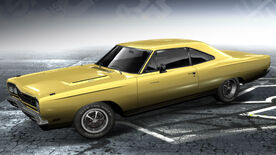 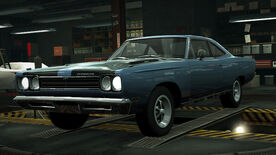 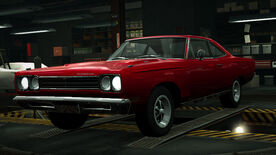