Need for Speed Wiki
Register
Don't have an account?
Sign In
Advertisement
in: Vehicles, 2020s, Polestar,
and 16 more

8-speed Automatic
2,350 kg (5,181 lbs)
The 2020 Polestar 1 (Plug-in Hybrid Electric Vehicle) is a luxury hybrid sports car manufactured by Polestar, a subsidiary of Volvo, and developed in Sweden, with it being built in Chengdu, China.

Based on the 2013 Volvo Concept Coupé, it has been developed as Polestar's first production model as a car company, and being based on the Volvo SPA platform, means it can take advantage of Volvo's VEA engines.

It entered production in 2019, after first being shown in January 2017, and its first series of 500 units rolled off the production line in late-2019. Polestar expects to produce 600 units of the Polestar 1 a year, with an eventual transition towards production of the Polestar 2 and Polestar 3.

Its engine is a 2.0-litre inline-4 producing 362 bhp and 273 lb⋅ft of torque, it is equipped with both a turbocharger and a supercharger to make it a twin-charged engine. Two rear electric motors provide an additional 218 bhp and 354 lb⋅ft of torque, alongside an integrated starter generator adding an extra 46 bhp and 111 lb⋅ft of torque; all combined totalling to 626 bhp and 738 lb⋅ft of torque.

Overall, the upper body, bonnet, boot lid, and doors are made of a carbon fibre reinforced polymer, which keeps the body both light and rigid, and sing CFRP saves 230 kg compared to using steel. The design follows close to other Volvo models, specifically the S90, even including its 'Thor's Hammer' headlights.

The Polestar 1 also appears in Need for Speed: No Limits as the part of Eclipse update, and featured in the "Eclipse" special event[2] that took place from November 5, 2019 to November 18, 2019. The starting performance rating is 642.

The unique Polestar 1 NFS Heat is a super class car that requires 60 common blueprints of which can be found from various sources:

It becomes available as a loaner vehicle once entering the "Eclipse" special event and unlocked after all 7 chapters of the event have been completed. The special variant is based on Joe's Polestar 1 prominently featured in Need for Speed: Heat, but it cannot be visually modified.

The Polestar 1 '20 appears in Need for Speed: Heat following its brief appearance in the official reveal trailer, which was released on August 14, 2019.[3] An article, revealing it to be part of the game's official car list, was published[4][5] on August 19, 2019, and appears in the NFS: Heat Studio app as a secret car as part of container 1, which was included with the release of the app.

1,461,925 upon completing all of the main career, drift, off-road, and race story missions.

It is a recreation of Joe's car, and prior to update 1.5, could only be driven during the prologue. With the release of update 1.5, it can be purchased from the dealership following the events of the career and side missions. 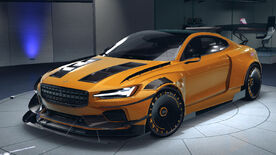 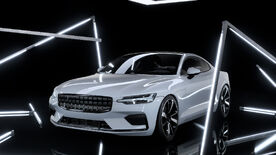 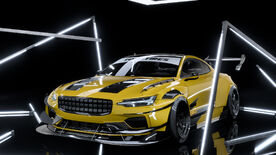 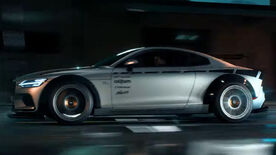 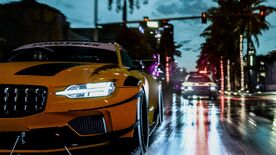 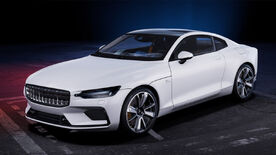