Need for Speed Wiki
Register
Don't have an account?
Sign In
Advertisement
in: Vehicles, 1960s, Pontiac,
and 15 more
English

The 1965 Pontiac GTO (Gen. 1) is a muscle car manufactured by Pontiac.

It was available with the standard 389cu V8 and a performance oriented variant, which was known as the Tri-Power engine.

The 1965 GTO appears in Need for Speed: ProStreet as a tier 2 car. It can be acquired for $25,000 and is unlocked upon dominating the Showdown: Chicago event.

The car is capable of achieving low acceleration times due to having a torquey V8 engine. However, it is difficult to drive in corners like other classic muscle cars. It is best used in Drag events, as it can drive quarter mile times lower than 8 seconds.

Speed King Nate Denver drives a modified 1965 Pontiac GTO, which is classed as a tier 3 car. The player has to beat him to get his car.

The 1965 GTO appears in Need for Speed: Undercover as a tier 4 car. It is purchasable for $32,000 and is unlocked once the player has reached Wheelman Level 2.5.

It is one of the fastest accelerating cars, although the Plymouth HEMI 'Cuda is somewhat quicker. It can drive up to 183 mph (294 km/h) top speed without upgrades.

In comparison with any E class Dodge, the GTO has the best stock performance. However, it has a poor nitrous boost when compared to the rest of its class. The GTO turns slowly in corners and braking will be needed to negotiate most corners. Its greatest advantage is acceleration, which is as effective as seen on the Nissan Silvia (S15). Top speed is 134 mph (216 km/h).

Players may find the 1965 Pontiac GTO useful in Pursuit Outrun and Team Escape, because of its weight. The GTO is useless in technical race tracks, since it is focused on acceleration rather than handling.

It is fitted with various sport quality performance parts from different manufacturers, 3-star Skill Mods, and a selection of aftermarket parts.

The Pontiac GTO 1965 appears in Need for Speed: Edge with a B class performance rating. 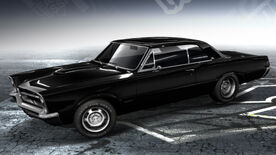 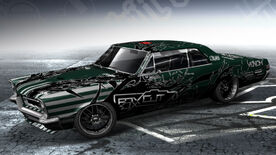 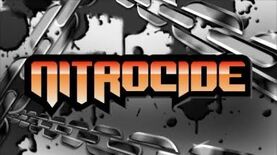 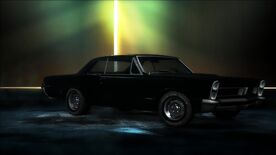 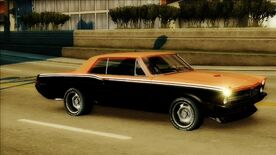 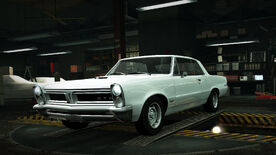 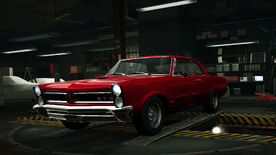 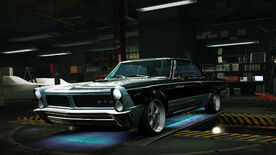 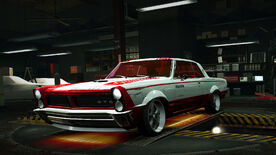 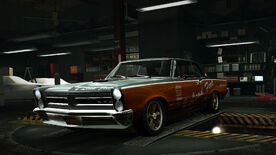 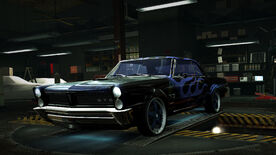 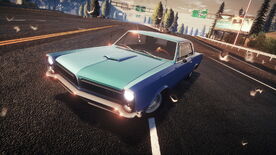