The Pontiac Solstice GXP is a turbocharged roadster manufactured by Pontiac between 2007 and 2009.

It was designed as a performance model of the Solstice series. The GXP is also sold under the Saturn brand as the Saturn Sky Red Line and in Europe as the Opel GT.

The GXP is exclusive to the Collector's Edition release of Need for Speed: ProStreet and is classified as a Tier 2 car with a price tag of $24,000.

It can accelerate from 0 to 60 mph in 5.7 seconds, making it a decent performing car in its class. Thanks to its rear wheel drive layout, the Solstice is suitable for drift setups and normal circuit races.

The Solstice GXP appears as a Tier 4 car in Need for Speed: Undercover. Players can purchase it for $25,000.

In Need for Speed: Undercover, the GXP has a poor acceleration, but is capable of reaching 187 mph (302 km/h). Oddly enough, its top speed will be decreased, once upgrades are installed.

The Pontiac Solstice was made available in Need for Speed: World on February 3, 2012 as a Tier 1 vehicle. Since August 22nd, 2012, it has been featured as a D class car.

The Solstice has the most powerful nitrous output in D and C class. It also has a powerful acceleration, stronger than the Chevrolet Chevelle SS'.

The GXP can exit most corners in the game smoothly and comes close to the Renault Clio V6 in terms of handling and can be effective within almost any class, because of its balanced handling and power. It can hit a top speed of 135 mph (217 km/h). 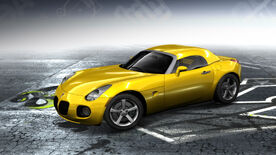 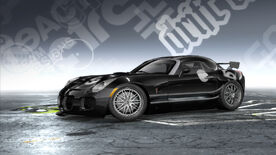 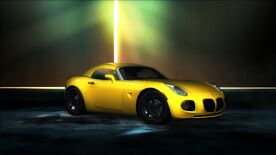 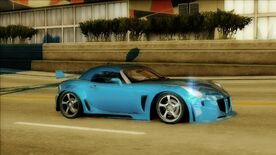 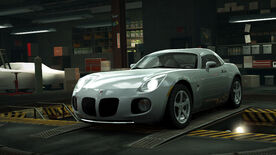 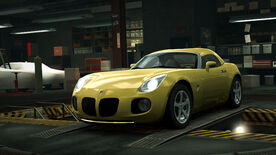 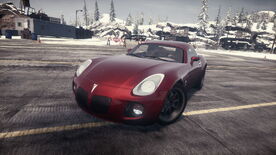 Need for Speed: Edge
Retrieved from "https://nfs.fandom.com/wiki/Pontiac_Solstice_GXP?oldid=140725"
Community content is available under CC-BY-SA unless otherwise noted.