Start a Wiki
watch 02:45
The Loop (Games)
Do you like this video?
Stub - Why not help by expanding this article with relevant information. 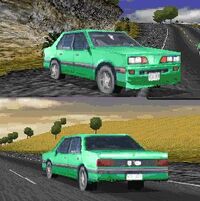 The Pontiac Sunbird was a compact car series produced between 1975 to 1994 from Pontiac. Both the second and third gen. of the Sunbird were based on GM's J-Body platform, while the first generation models were H-Bodies. Any Sunbird is powered by an I4 engine, with some being turbocharged.

Retrieved from "https://nfs.fandom.com/wiki/Pontiac_Sunbird?oldid=124030"
Community content is available under CC-BY-SA unless otherwise noted.