Porsche adjusted the system to transfer between 5 to 40 percent of the traction to the front wheels for better handling.

Like the rear-wheel-drive variant, the Carrera 4S is also fitted with the PASM (Porsche Active Suspension Management), allowing the user to switch between a comfortable and sportier setting.

The 911 Carrera 4S (997) appears in Need for Speed: Most Wanted 5-1-0, and is unlocked by defeating Blacklist Driver 6 - Ming. He drives a special variant with a body vinyl similar to Baron's Porsche Cayman S. 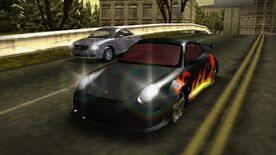