Need for Speed Wiki
Register
Don't have an account?
Sign In
Advertisement
in: Vehicles, Cars, Porsche,
and 12 more

The 911 Carrera 4S (997.2) is an updated version of Porsche 911, which included a revised front bumper with larger air intakes, redesigned Porsche Sport Exhaust and new LED taillamp and tursignals design.

The car was unveiled at the Paris Auto Show in September 2008 and was initially available only as a coupé and cabriolet versions.

The 911 Carrera 4S (997.2) appears in Need for Speed: The Run during the prologue sequence at the start of The Run, being thrown into a car crusher with Jack Rourke bound to its steering wheel using tape.

It can't be driven by the player, although strings found in game files shown that it was intended to be driveable.[1] 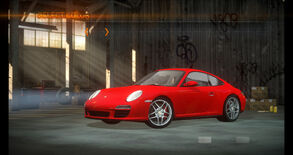 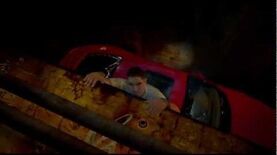