Porsche was required to manufacture 500 units of the car to homologate the 911 for the Group 4 racing class, although approximately 1,580 units were eventually made during its production run.

The 911 Carrera RS 2.7 was upgraded to accommodate a more powerful version of the 2.7L engine along with bodywork modification including its distinctive "duck-tail" rear spoiler as well as revised suspension and brakes. Its 2.7L Flat-6 engine was later reused by other Porsche 911 models until 1975.

The Porsche 911 Carrera RS 2.7 appears in Need for Speed: Porsche Unleashed as a Golden Era Class 2 car, that be acquired for $34,000 in the Evolution mode. Players have to complete the 914 Trophy tournament to unlock it in the car dealer.

The acceleration and top speed of the Carrera RS is impressive. It is the pinnacle of naturally aspirated classic 911s. It has difficult handling and will punish the driver with oversteer for inappropriate corner entry speeds. Applying brakes while turning at the wrong moment may cause the rear wheel to lock, resulting in total loss of traction.

In Evolution mode, purchasing the Carrera RS can be a great investment. The car appreciates greatly after being discontinued. In the year 2000, the market price for a RS 2.7 in mint condition is around $340,000, ten times the original purchase price, as the 911 RS is a highly sought-after classic car for collectors.

In the PlayStation release, the 911 Carrera RS 2.7 appears as a Classic Era Class 1 car.

In the Factory Driver mode of the PC release, the player will be rewarded a Carrera RS 2.7 with a unique livery, once they have obtained the Porsche Test Driver licence. 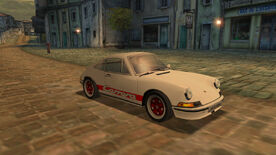 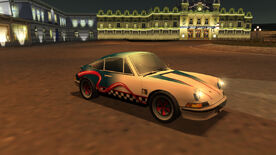 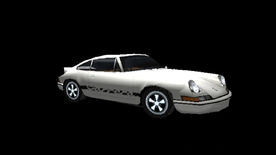