After various prototype shots and renders had been released on the internet, the 991 was first unveiled at the 64th Frankfurt Motor Show in 2011.

The 991 is offered with a 7-speed manual gearbox and a 7-speed PDK (Porsche Doppelkupplungsgetriebe) automatic transmission. It has a longer wheelbase than the 997. The anti-roll bar of the 991 utilises hydraulic cylinders, enabling better handling performance.

Its performance is up to par with the fastest class A cars of the game and very similar to the Porsche 911 GT3 RS. Like the GT3 RS, the Carrera S is very responsive in corners although it is also more stable.

However, this trait comes at the cost of a slightly worse acceleration, which is especially noticeable in seventh gear. The Carrera has a powerful nitrous boost and a top speed of 216 mph (348 km/h).

5300. It was released on December 20, 2011 as a top-up gift during the Winter Holiday event. It is equipped with a snowflake particle trail emitting from the vehicle's rear.

The Porsche 991 Carrera S made its first debut in a racing game with the release of Need for Speed: The Run. It is available in stock and two special edition trims. All variants of the car are exclusive to the Limited Edition release.

The Carrera S, which is rated as a Tier 3 car, has the highest top speed within its class. It has a balanced handling and decent acceleration.

The NFS Edition, which appears as a tier 4 vehicle, is selectable as a starter car during Stage 1 of The Run mode. Compared to the other starter cars, the Carrera S posesses the fastest acceleration along with a high top speed of 193 mph (311 km/h). Its handling is also good, which is rated "Normal", although the BMW M3 GTS has a more responsive handling.

The Snowflake, which appears as a tier 5 vehicle, is modelled after the Porsche 911 Turbo "Snowflake" from Need for Speed: World. It reuses the Need for Speed Edition's traits, but with higher performance figures. Top speed is 219 mph (352 km/h).

The Carrera S appears in Need for Speed: Most Wanted (2012) after being revealed on June 4, 2012 on the official Need for Speed website after EA's E3 conference ended.

The Carrera S appears as a Sports class car and is the first Jack Spot vehicle the player discovers.

It is unlocked upon reaching SpeedLevel 28 in multiplayer, but is already available from the beginning in the Limited Edition release with pre-installed modifications and a satin black paint.

The performance of the Carrera S is up to par with other fast Sports cars. Its greatest trait is top speed. Acceleration is not as powerful as seen on the Aston Martin V12 Vantage but is decent overall.

In corners, the car can perform drifts without any difficulties, which is possible due to its rear-wheel drive configuration and a low weight. All-wheel drive cars such as the Audi R8 GT Spyder however have better acceleration and off-road performance. Top speed is 192 mph (309 km/h).

Contrary to its low weight, the Carrera S is one of the toughest Sports cars in the game. This makes the car suitable for both Pursuit and race events.

It appears in the Sports category and has balanced stats with a focus on handling, and a Need for Speed Edition with better overall stats is available for $500,000.

The 911 Carrera S can be purchased for

The Carrera S appears in Need for Speed: Payback following its appearance in a customisation trailer released on June 26, 2017.

It is unlocked for purchase from the drag, race, and runner class dealerships upon completing two questlines in chapter 4 - Open Skies. 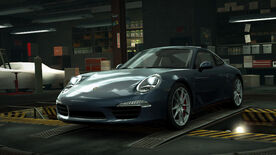 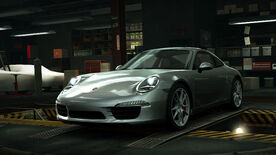 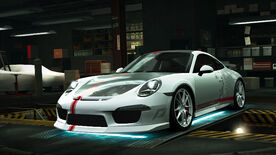 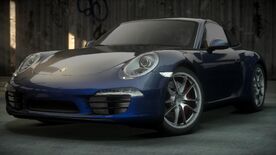 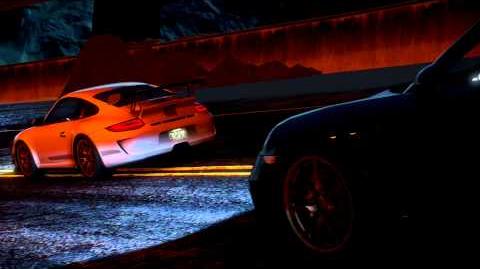 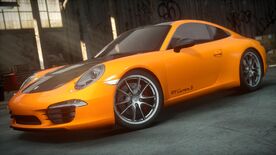 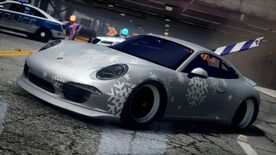 Need for Speed: The Run
(Snowflake) 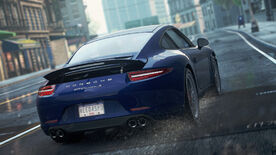 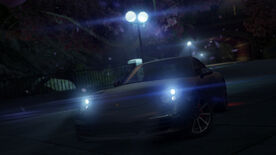 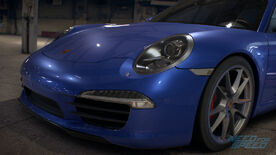 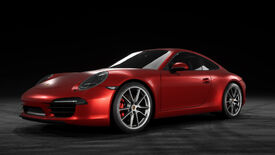 Retrieved from "https://nfs.fandom.com/wiki/Porsche_911_Carrera_S_(991)?oldid=147171"
Community content is available under CC-BY-SA unless otherwise noted.