950 kg (2094 lbs)
The Porsche 911 GT1 (Race Version) is a GT1 classed race car constructed by Porsche for the 1998 season of the 24 Hours of Le Mans, in which they managed to take their 16th Le Mans victory with a 1-2 finish owing to the reliability woes of the competing Mercedes-Benz CLK LM.

The Porsche 911 GT1 appears in Need for Speed: Porsche Unleashed as a Race Class vehicle in the Modern Era category. In the PC release, it is purchasable for $750,000 in the dealership and is also obtainable as a reward in a bonus race. In the PlayStation release, it can be unlocked for Quick Races by playing the Factory Driver mode.

The GT1 is the fastest car in the game. Although in theory has a lower top-speed than the 935 Moby Dick, the GT1 can achieve much more thanks to its efficient engine and adjustable 6-speed transmission.

On straights in the Industrial Zone, it is capable of reaching 217 mph (350 km/h) or above with a top-speed oriented gear ratio. On the road, it can take corners quickly because of its good traction and steering precision, however, it is prone to oversteer on non-tarmac surfaces. 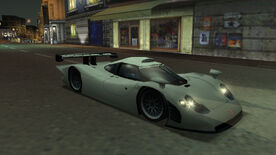 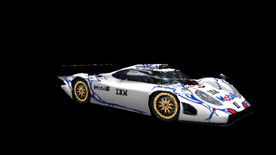 Need for Speed: Porsche Unleashed
(PlayStation)
Add a photo to this gallery
Retrieved from "https://nfs.fandom.com/wiki/Porsche_911_GT1?oldid=138242"
Community content is available under CC-BY-SA unless otherwise noted.