The 993 GT2 was conceived as a homologation model for the GT2 class but was produced in limited numbers. Technically, it is based on the 993 Turbo but utilises a rear-wheel drive drivetrain. The car shares the interior of the Carrera RS.

The 993 GT2 appears in Need for Speed: Porsche Unleashed as a Race Class vehicle in the Modern Era category. It is barely faster than its turbocharged counterpart and can not be modified.

It appears as an add-on vehicle in the PC release. The PlayStation release also features a race variant that can be unlocked for Quick Races by playing the Factory Driver mode.

The 993 GT2 was one of the very first cars to be announced for Need for Speed: The Run.

The RWB Signature Edition GT2, which strongly resembles its namesake, the RWB "Natty Dread" 993 Carrera 2 can be unlocked by achieving a gold medal in every National Park challenge.

A Dr Pepper Signature Edition 993 GT2 could be unlocked as part of a special promotion. It doesn't have any performance upgrades except for an additional 6 bhp.

A "Strade" signature edition is unlocked upon reaching Driver Level 40. 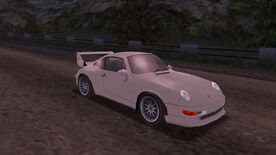 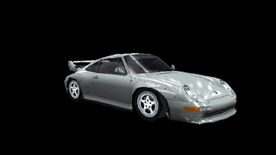 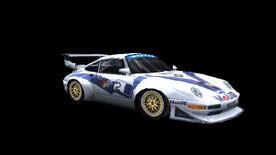 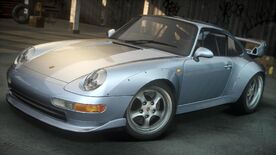 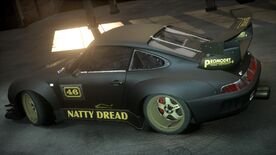 Need for Speed: The Run
(RWB) 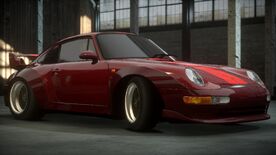 Retrieved from "https://nfs.fandom.com/wiki/Porsche_911_GT2_(993)?oldid=146562"
Community content is available under CC-BY-SA unless otherwise noted.