Need for Speed Wiki
Register
Don't have an account?
Sign In
Advertisement
in: Vehicles, 2000s, Porsche,
and 21 more

The result is 61 hp more than the last generation model. It was replaced by its lightweight variant - the Porsche 911 GT2 RS (997).

The Porsche 911 GT2 appears in Need for Speed: ProStreet with a price tag of $185,000. It appears as a tier 3 car in the PC, PlayStation 3, and Xbox 360 releases, and is unlocked upon dominating the Showdown II: Autopolis race day.

It is one of the most competitive cars for most race modes, especially in Speed Challenge events, as it can reach a very high top speed and has powerful acceleration to reach it quickly. The GT2 also handles well and may be upgraded and adjusted for drifting.

The GT2 has a precise and grippy handling. Its acceleration is nerfed in this title and is up to par with other averagely accelerating cars. The main strength of the GT2 is its top speed, which is 225 mph (362 km/h) without performance parts. However, the Porsche 911 Turbo (997) and Porsche 911 GT3 RS (997) are capable of higher top speeds.

Rose Largo drives a modified Porsche 911 GT2, which has a body kit that cannot be purchased in career mode. The standard GT2 also appears as a Federal Sport Cruiser in the PS2/Wii, DS & PSP releases.

In the Boss Car Pack DLC, the player can drive Rose Largo's car, which is given a Tier 1 rating. Rose's car hits 251 mph (404 kmh) as top speed. Her GT2 also comes with a lot of power at the expense of handling. The player can use the car in every game mode.

The free Challenge Series expansion includes an upgraded Porsche GT2. This variant is known as the "Speed Machine". Like Rose's GT2, the Speed Machine has a high top speed (250 mph/402 km/h) and an outstanding acceleration.

Similar to the Porsche 911 GT3 RS, the GT2 can achieve fast corner entry speeds without a great loss of traction. It has good braking capabilities and can keep up with the fastest cars within its range.

The GT2 stacks up well with the Porsche 911 GT3 RS (997.2) and other powerful A class cars. Its best trait is acceleration. The nitrous boost of the GT2 is also very effective.

The handling of the car is featured with a lot of traction, which is useful for controlling the vehicle at high-speed corners although this trait might affect its steering precision in low-speed turns. Top speed is 209 mph (336 km/h).

Compared to the Porsche 911 Carrera S, it has a more direct steering. In terms of precision, the GT3 RS is better, although it is also prone to oversteer whilst turning at a high speed.

The GT2 is one of the best performing A class cars in the game. It is useful in every game mode and is suitable for Pro and Ultra series parts.

The Yellow style is a stock cash car that costs

The 911 GT2 appears as part of the Need for Speed Heroes Pack for the PC, PlayStation 3, and Xbox 360 releases of Need for Speed: Most Wanted (2012). It is featured as a Sports class car, with the livery of Rose Largo's car from Need for Speed: Undercover.

Purchasing the Need for Speed Heroes Pack will immediately unlock the GT2 within Singleplayer. It is unlocked in Multiplayer upon the player completing 18 SpeedList events in Sports cars. 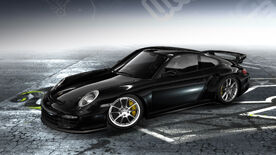 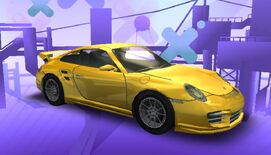 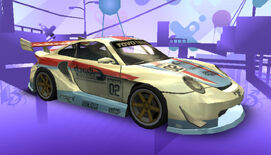 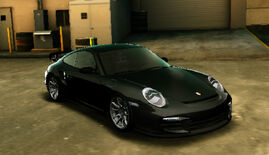 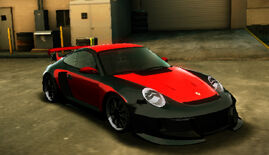 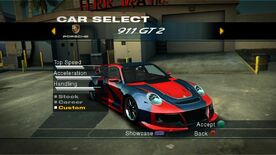 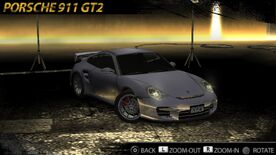 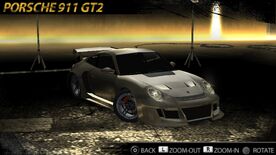 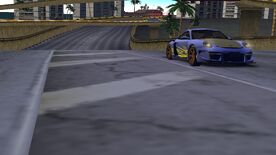 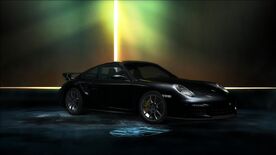 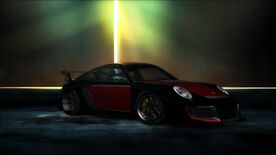 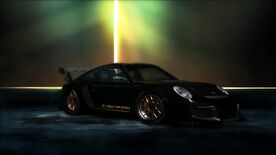 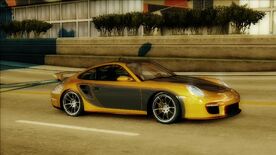 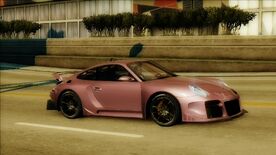 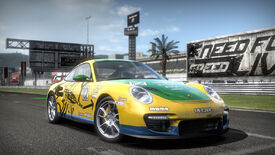 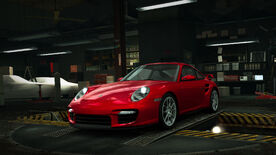 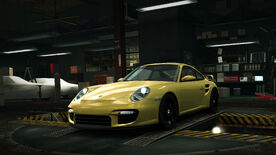 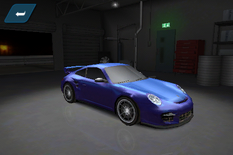 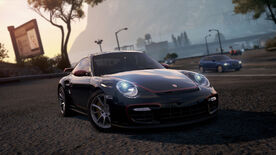 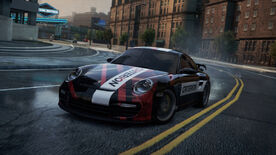 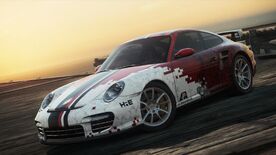 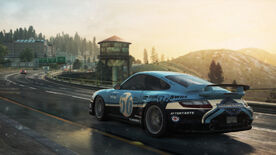 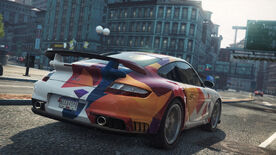 Need for Speed: Most Wanted (2012)
(Abstract)
Community content is available under CC-BY-SA unless otherwise noted.
Advertisement