Need for Speed Wiki
Register
Don't have an account?
Sign In
Advertisement
in: Vehicles, Cars, Porsche,
and 16 more

1370 kg (3020 lbs)
The Porsche 911 GT2 RS is a limited production high-performance sports car made in 2010. As the name suggests, the GT2 RS is a lightweight variant of the GT2 with a modified version of the 3.6 litre flat-six engine.

Its low weight of 3,020 lbs was achieved by the extensive use of lightweight materials such as carbon fibre, aluminium and plastic.

The 911 GT2 RS is known for its lap time along the Nordschleife of 7:18:00, being over one second faster than the Radical SR3 Turbo and 10 seconds faster than the Porsche Carrera GT.

It currently is the fastest and most powerful 911 ever made. The car's external appearance is easily identified by the carbon fibre bonnet and gold painted rims.

The 911 GT2 RS appears in Need for Speed: Hot Pursuit (2010) as an Exotic Series racer vehicle, and as an SCPD Speed Enforcement unit as part of the Super Sports pack for PlayStation 3 and Xbox 360 releases.

It is considered to be one of the fastest cars within its class, and is effective both as a racer and as a police pursuit vehicle.

The 911 GT2 RS appears in Need for Speed: Hot Pursuit Remastered as a car tier 4 vehicle available to cops and racers. 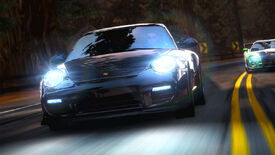 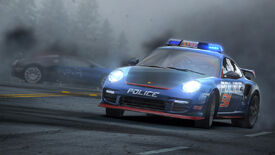