Its engine is based on that of the 991 Carrera S, but with little shared parts. Other features of the car, such as its crankshaft, were developed specifically for the car.

The 991 GT3 is the first Porsche to use rear-axle steering technology and is only available with Porsche's PDK transmission unlike its predecessors.

The 911 GT3 appears in Need for Speed: Rivals as a racer vehicle.

Being a supercar, the 991 GT3 has decent acceleration and top speed, however, the rear engine and rear-wheel drive layout makes it very tail heavy. This, combined with the 991's light weight, makes it very prone to oversteer, especially when performing handbrake turns.

It is unlocked for the racer faction upon the player completing any of the SpeedLists offered at rank 7. Once unlocked, it can be purchased for 67,500 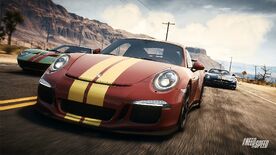 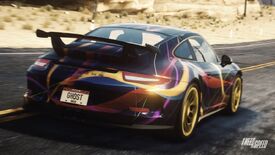 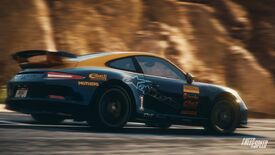 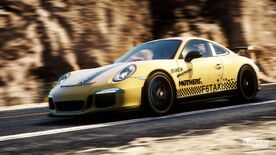 Need for Speed: Rivals
(Power On) 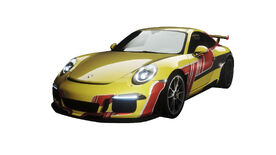 Need for Speed: Edge
Retrieved from "https://nfs.fandom.com/wiki/Porsche_911_GT3_(991)?oldid=140771"
Community content is available under CC-BY-SA unless otherwise noted.