Need for Speed Wiki
Register
Don't have an account?
Sign In
Advertisement
in: Vehicles, 1990s, Porsche,
and 14 more

It was developed to compete in the Porsche Carrera Cup and in other racing series. The 996 GT3 Cup is the first model within the GT3 Cup series to use a water-cooled flat-six engine.

The 911 GT3 Cup (996) appears in Need for Speed: Porsche Unleashed as a race class vehicle in the Modern Era category.

Similar to the Porsche 911 Carrera 3.4L, the GT3 Cup handles well in corners. Its powerful engine allows it to keep up with most Modern Era cars.

It appears as an add-on vehicle for the PC release. The PlayStation release also features a race variant that can be unlocked for Quick Races by playing the Factory Driver mode. 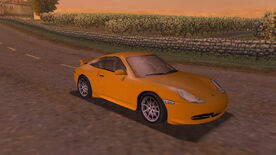 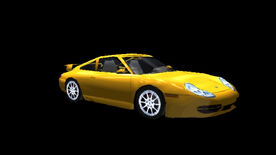 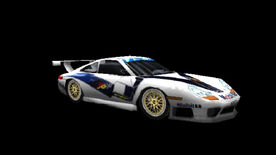