Need for Speed Wiki
Register
Don't have an account?
Sign In
Advertisement
in: Vehicles, 2010s, Porsche,
and 17 more

Various improvements were made to the RS model, over the previous GT3 (991), with increased downforce, marked up grip, and sharper handling being the top three points of advancement. The altered components of the RS have lightened it by 10kg over the GT3, improved its aerodynamics to near motorsport downforce, improved stability, and an flatter torque curve.

The 911 GT3 RS is a super class car that requires 35 legendary blueprints to unlock. The blueprints required to unlock the vehicle can be found from various sources:

The 911 GT3 RS appears in Need for Speed: Payback following a brief appearance during a tunnel section of a race event shown at Gamescom 2017. 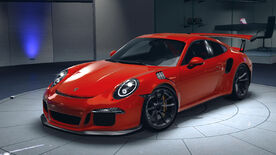 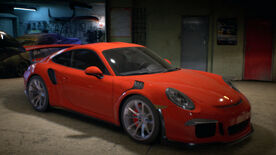 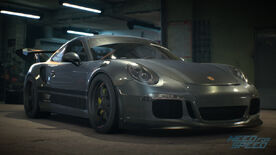 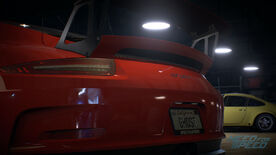 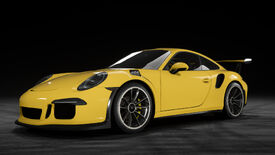