Need for Speed Wiki
Register
Don't have an account?
Sign In
Advertisement
in: Vehicles, Cars, Porsche,
and 20 more

The 911 GT3 RS appears in Need for Speed: Carbon as a tier 3 exotic class car.

The custom black 911 GT3 RS is unlocked for use in Quick Race upon the player completing the "Porsche 911 GT3 RS" Reward Card:

The custom black 911 GT3 RS is unlocked for use in Quick Race upon the player completing the "Porsche 911 GT3 RS" Reward Card:

The 911 GT3 RS costs $120,000 in the car dealership in Need for Speed: ProStreet. It is available in the Booster Pack downloadable content for the PC, PlayStation 3, and Xbox 360.

The GT3 RS is depicted with precise handling and good acceleration. Its top speed however may be exceeded by Tier 3 cars with a higher power output.

It is an obvious choice for Grip, although its handling can be also useful in Speed.

The 911 GT3 RS in Need for Speed: Undercover can be purchased for $215,000, once the player has completed the Job "Rematch" in the Gold Coast Mountains.

Like the Porsche 911 Turbo and Porsche 911 GT2, the GT3 RS has a higher top speed than every other tier 2 car. It is capable of reaching 228 mph (367 km/h), which is the highest top speed within tier 2. The GT3 RS has an average acceleration, though it is better than that of the other Porsches.

Thanks to its responsiveness and braking capabilities, the GT3 RS is one of the best tier 3 cars for racing. Its top speed and acceleration are average compared to the rest of Tier 3.

The 911 GT3 RS appears as an A class car in Need for Speed: Nitro. It is rated 4 in speed; 3 in both acceleration and handling; 5 in drifting; and 2 in strength.

A 911 GT3 RS with a unique livery can be unlocked as a Collectable Car for use in both Arcade Mode and Career Mode, once all stars are obtained in all Gold Cup events.

German players could unlock an Autobild Edition of the GT3 RS upon redeeming a promotional code from a special Auto Bild magazine edition. The Autobild Edition"has an overall rating of 1360 and handling rating of 3.80. It competes in performance class B and is overall a slightly quicker rendition of the standard GT3 RS. 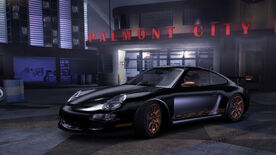 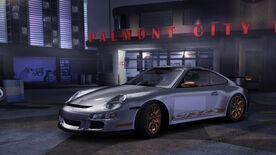 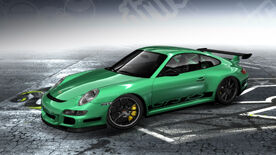 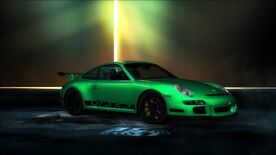 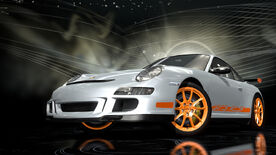 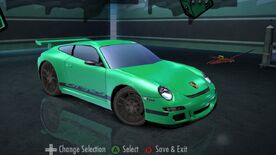 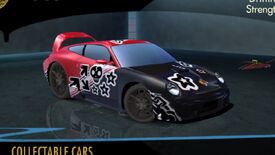 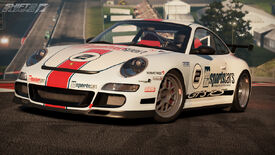