Need for Speed Wiki
Register
Don't have an account?
Sign In
Advertisement
in: Vehicles, Cars, Porsche,
and 17 more

Porsche also fitted the car with a titanium rear muffler and exhaust tip, as well as a lithium-ion battery to save weight. Compared to its predecessor, the Mk2 GT3 RS weighs 11 lbs less.

It is one of the fastest cars in the game, as it can reach a top speed of 216 mph (348 km/h) without nitrous. Its acceleration and powerful nitrous boost allow the car to hit its top speed earlier than most A class cars. Due to being a light car, the GT3 RS is also capable of exiting corners at a high speed. It has a very responsive handling, but does occasionally feel loose.

The driving traits of the GT3 RS make it very competitive in any race type. Players can substantially improve its performance with pro or ultra parts, which can increase its top speed close to 248 mph (400 km/h), if nitrous is also applied.

The GT3 RS is useful for dodging police vehicles in Team Escape and Pursuit Outrun. A devastating crash such as a head-on collision with a heavy police vehicle can force the car to stop and become uncontrollable, since its mass cannot sustain collisions well.

5000. It was initially only obtainable as a top-up gift from August 30, 2011 and was later released on February 26, 2012. It is based on the Seacrest County Police Department Porsche 911 GT3 RS Rapid Deployment unit.

The 911 GT3 RS appears in Need for Speed: Hot Pursuit (2010) as a Super Series racer vehicle, and as an SCPD Rapid Deployment unit.

Its strongest trait is its handling, which is useful for long drifts. Acceleration-wise, the GT3 RS performs decently. However, some cars such as the Mercedes-Benz SL 65 AMG Black Series and the Porsche 918 may outperform the car due to their power and higher top speed.

It is suited to difficult routes with corners that are near to each other. It is also durable in Hot Pursuit, although not as much as several other Super Series cars.

The 911 GT3 RS appears in Need for Speed: Hot Pursuit Remastered as a car tier 3 vehicle available to cops and racers. 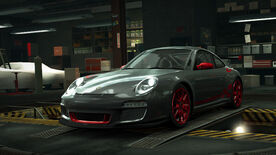 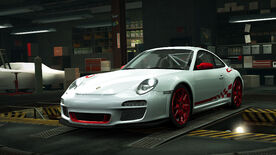 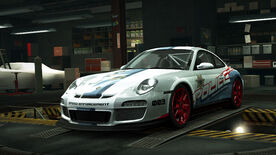 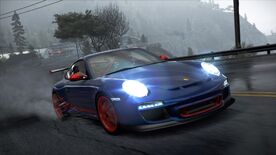 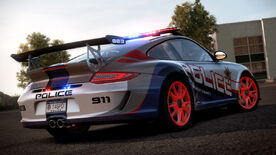