As its name suggests, the car utilises a 4.0L flat-six engine with an unaltered crankshaft from the GT3 RSR, which produces 500bhp at 8,250rpm.

The power output of the engine is the highest among any naturally aspirated engine for the road models of the Porsche 997.

The GT3 RS 4.0 has a grippy handling useful for high-speed cornering. It turns well at low speeds and has a slower responsiveness when driven at high speeds because of understeer.

In comparison to the 3.8 litre version, the 4.0 has less direct steering but more traction. It can keep up with most cars and has a strong nitrous boost. Top speed is 212 mph (341 km/h).

Players may find the GT3 RS 4.0 to be an effective S class car for multiplayer matches. However, it hardly stands out compared to most lower priced A [class [Porsche]]s such as the 997 GT2 and similarly priced cars like the Pagani Zonda Cinque.

The Megabloks style is a art director car included as part of a disbanded Need for Speed and Megabloks promotion. It was accidentally released on May 31, 2013 as a promotional code vehicle through the official Need for Speed: World VK page hitting 15,000 likes, but was quickly replaced with the white 911 GT3 RS 4.0.

The Porsche 911 GT3 RS 4.0 appears in Need for Speed: The Run as a tier 4 car that is unlocked from the beginning.

The GT3 RS 4.0 is a quick Tier 4 car with great handling capabilities, despite having a Normal handling rating. It can keep up with the fastest cars within its range such as the Lamborghini Gallardo LP 550-2 Valentino Balboni.

The Falken signature edition is included with the downloadable Signature Edition Booster Pack and is a tier 5 car.

The Lizard signature edition is only unlocked as a reward from the bonus wheel. 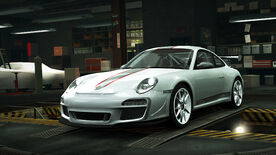 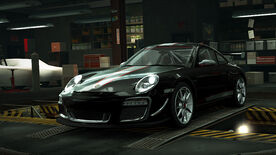 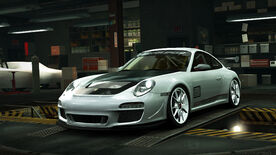 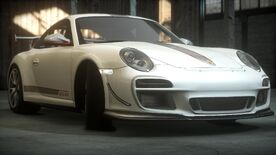 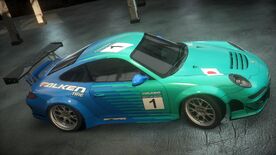 Need for Speed: The Run
(Falken) 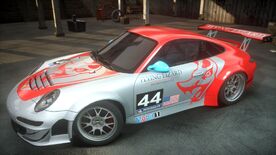