Need for Speed Wiki
Register
Don't have an account?
Sign In
Advertisement
in: Vehicles, Cars, Porsche,
and 11 more
English

It was first introduced at the 1965 Frankfurt Motor Show but only entered production two years later. Porsche offered the Targa with either a glass or soft folding rear window and a rigid Targa bar.

The 911 Targa appears in Need for Speed: Porsche Unleashed as a class 1 vehicle in the Classic Era category. In the PC release, it is unlocked upon completing the 2000cc Challenge Tournament.

The Targa is identical to the 911 Coupé in terms of performance with the exception of a slightly lower handling rating. 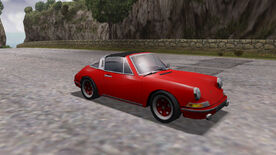 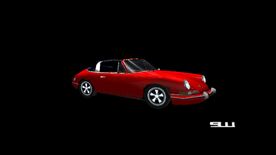