Need for Speed Wiki
Register
Don't have an account?
Sign In
Advertisement
in: Vehicles, 2010s, Porsche,
and 17 more

7-speed Automatic
1,490 kg (3,285 lbs)
Stub - Why not help by expanding this article with relevant information.

The 2010 Porsche 918 Spyder Concept is a mid-engined hybrid supercar concept that was first unveiled by Porsche at the Geneva Motor Show in March 2010.

With the combination of hybrid powertrain and Porsche's 'PDK' dual-clutch transmission, it was devised as a technological showcase for the Porsche brand.

However, plans for a limited production run as a successor to the Carrera GT was announced on July 28th, 2010 after Porsche received 2000 declarations of interest.

The racer vehicle is unlocked upon the player earning a total of 845,000 racer bounty.

It is one of the best performing cars in its class with a good balance between acceleration, top speed, and handling.

This makes it best suited for race events, although its low durability means it can be easily wrecked in a Hot Pursuit or Interceptor event.

The 918 Spyder Concept appears in Need for Speed: Most Wanted (2012) following a multiplayer teaser trailer that was released on August 10, 2012, and was unveiled on the official Need for Speed website on August 24, 2012.

It is featured as an Exotic class car that is unlocked in singleplayer after defeating the Most Wanted #5 and shutting it down.

It is featured with powerful acceleration comparable to the Koenigsegg Agera R and responsive handling at the expense of a below average top speed.

The 918 Spyder Concept Study appears in Need for Speed: Hot Pursuit Remastered as a car tier 3 vehicle available to racers, but is not available as an SCPD unit. 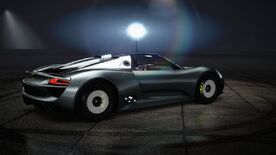 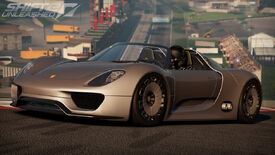 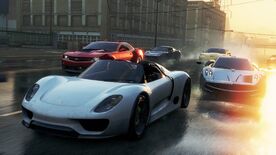 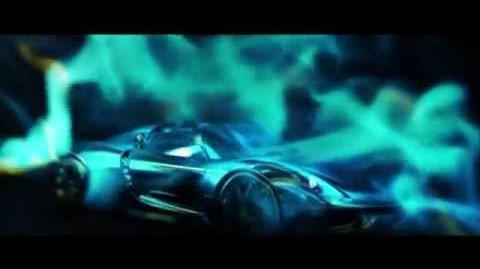