Changing the image from a sports car to a grand tourer, the 928 reversed the 911's layout by placing its large V8 engine in the front, which also became the company's first mass-produced V8 powered car.

The GTS was the last evolution of the 928, with increased power and more luxury equipment. However, high price and low demand eventually led the 928 to be removed from the Porsche lineup in 1995.

It boasts very quick acceleration and a moderate top speed, however, due to the front end weight bias, the 928 suffers from heavy understeer at high speeds.

It is an official downloadable car. As with all other downloadable cars, the 928 GTS cannot be purchased in evolution mode, and there are no available upgrade parts or tuning options for it. 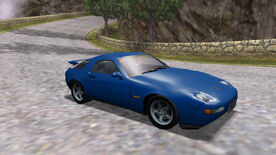 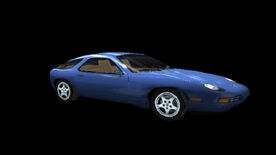