1260 kg (2778 lbs)
Stub - Why not help by expanding this article with relevant information.
The Porsche 944 is a sports car designed to be an upgrade over the Porsche 924.

It was an affordable counterpart to the 928. In its six years of production, the 944 lineup was expanded and saw improved engine power until 1989, when the S2 variant was introduced. 944s are renowned for their high performance.

Praised for its handling thanks to its near 50:50 front-rear weight distribution and adequate power-to weight ratio, 944s have secured a place in the automotive racing history, by holding a Nurburgring Nordschleife lap record for its class for several years.

The 944 appears in Need for Speed: Porsche Unleashed as a class 3 vehicle in the Golden Era. In the game, it is chronologically the first Porsche to feature EFI (electronic fuel injection) and ABS (Anti-lock Braking System).

The 944 engine has a tendency to "cut" at the redline. For a stock 944, this would not be a great concern, as with the stock engine, it is almost impossible to reach the red line in the highest gear.

But when a 944 is extensively upgraded, especially, when supercharged or turbocharged, the said problem would gravely limit the engine potential: On straights it would prevent the car from maintaining a steady top speed, while during high speed cornering, the sudden drop in torque could cause an unexpected total loss of traction.

Even worse, gear ratios are rather low on 944s even with the high-speed transmission upgrade, limiting the car's top speed as well as increasing the likelihood of an 'engine cut'. 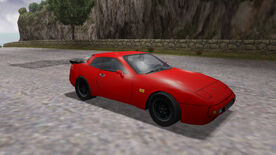 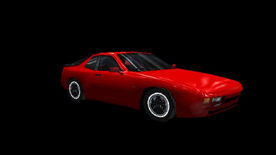