1450 kg (3197 lbs)
The Porsche 959 is a mid-engined supercar developed by Porsche from 1986 to 1989. Only 337 units were produced. It was briefly the world's fastest production car although this title was swiftly claimed by the Ferrari F40.

It used many high-tech components such as an electronic all-wheel drive system as it was designed to compete in Group B rallying. The road-racing variant of the 959 - the 961 - competed and was successful in the Paris-Dakar Rally as well as in the 24 Hours of Le Mans.

The 959 is featured in Need for Speed: Porsche Unleashed as a Class 1 Golden Era car. In the PC release, it appears as an add-on vehicle.

It is as quick and powerful as the Porsche 911 Turbo (993) and more stable than rear-engined cars without all-wheel drive.

As with all other add-on cars, the 959 cannot be purchased, upgraded or tuned under normal circumstances, which makes the "supercar" somehow uncompetitive in-game.

It was released following a "Create-A-Porsche 959 Contest" held from April 20, 2010 to April 25, 2010. 3D Modellers had the chance to send a 959 3D model to Black Box with the best entry being placed into the released title. The winning model was created by Svyatoslav Gampel.

The Porsche 959 is an above average A class vehicle due to its low weight and highly responsive handling, which comes at the expense of oversteer in turns. Its acceleration is sub-par, when compared to similarly ranging Porsches and overall somewhat lacking for a A class car. Top speed is 186 mph (300 km/h).

The Year One style is a art director car that costs

The 959 appears in Need for Speed: Hot Pursuit (2010) as a Super Series racer vehicle, and as an SCPD Rapid Deployment unit as part of the Porsche Unleashed pack for the PlayStation 3 and Xbox 360 releases. 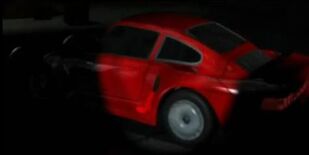 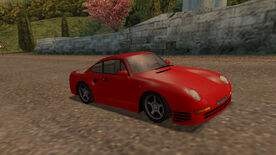 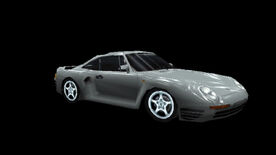 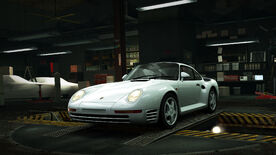 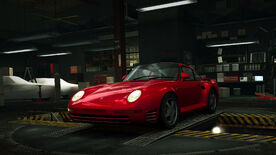 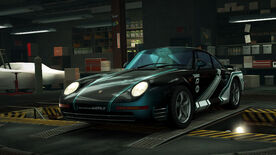 Need for Speed: World
(Year One) 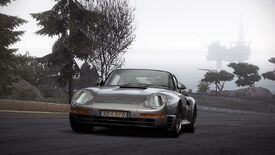 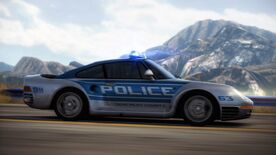