1400 kg (3086 lbs)
Stub - Why not help by expanding this article with relevant information.
The Porsche 968 is a sports car by Porsche as a replacement for the Porsche 944.

It was the final iteration of the front engine I4 sport car models that started with Porsche 924.

With the new model, it introduced a new 6-speed manual and dual-mode Tiptronic automatic. In addition, the VarioCam timing system was introduced with this model.

The Porsche 968 appears in the PlayStation release of Need for Speed: Porsche Unleashed as a class 3 car in the Modern Era category. 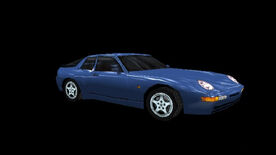 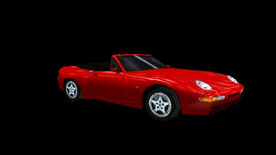