Need for Speed Wiki
Register
Don't have an account?
Sign In
Advertisement
in: Vehicles, 1990s, Porsche,
and 11 more

With the mid-engine design, the Boxster quickly gained popularity for its neutral handling and low centre of gravity. By 2004, production ceased to make way for the second generation (987).

The Porsche Boxster (986) appears in Need for Speed: Porsche Unleashed as a class 3 vehicle in the Modern Era category.

In stock form, the Boxster is quite underpowered but compensates this with great handling and a performance rating of 79.

However, in terms of performance upgrading, the Boxster falls behind its class and similar Golden Era cars such as the Porsche 944 S2, as both can be upgraded past its peak performance.

In the Factory Driver mode of the PC release, the player will be rewarded a Boxster with a unique livery. 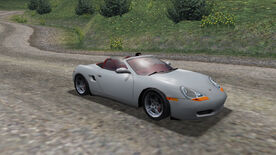 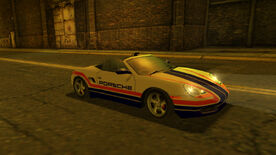 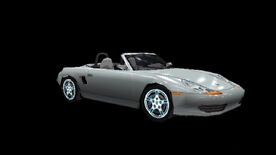