The engine size and power was increased as well as fitting a six-speed manual transmission. The Boxster S variant would reappear in later generations.

The Porsche Boxster S (986) appears in Need for Speed: Porsche Unleashed as a class 3 vehicle in the Modern Era category.

The Boxster S offers more power than the standard model without introducing any noticeable shortcomings but is also held back by the small number of performance parts available for it. 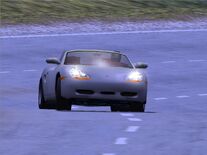 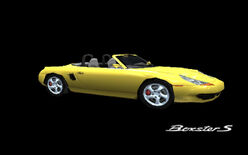 Need for Speed: Porsche Unleashed
(PlayStation)
Add a photo to this gallery
Retrieved from "https://nfs.fandom.com/wiki/Porsche_Boxster_S_(986)?oldid=132110"
Community content is available under CC-BY-SA unless otherwise noted.