Need for Speed Wiki
Register
Don't have an account?
Sign In
Advertisement
in: Vehicles, Cars, Concept,
and 12 more

The Carrera GT is a concept car Porsche first unveiled at the 2000 Geneva Motor Show. A full production variant based on the concept was later produced between 2004 and 2007.

The 2000 Carrera GT Concept appears in Need for Speed: Hot Pursuit 2. It is classified in the second highest performance tier in any release of the game and is restricted to racers only.

The car can be unlocked in the PlayStation 2 release after the player completes Championship event #26 - Point-to-Point Knockout. The NFS edition is unlocked upon earning a total of 3,500,000 NFS Points.

The Carrera GT has a superior handling compared to the Lamborghini Diablo VT 6.0 and Lamborghini Murciélago but worse acceleration as well as a lower top speed. Nevertheless, it is a better contender than the Porsche 911 Turbo in most Porsche events. 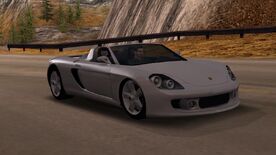 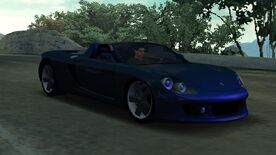 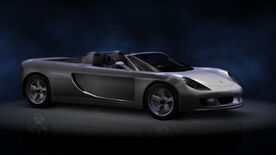 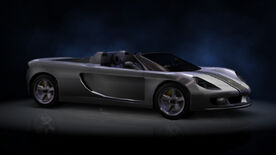