1350 kg (2976 lbs)
The 2009 Porsche Cayman S is a facelifted variant of the 2005 Cayman S. It features new headlights and taillights as well as a new front bumper. The displacement of the 3.4L flat-six engine was slightly increased with a result of 316 bhp.

The Porsche Cayman S appears in Need for Speed: Hot Pursuit (2010) as a Performance Series racer vehicle, and as an SCPD Highway Patrol unit. 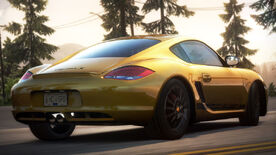 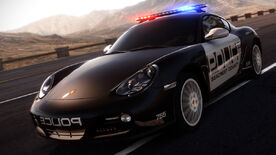 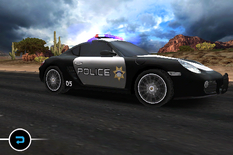