1973 kg (4350 lbs)
The Porsche Panamera Turbo is a four-door grand tourer manufactured by Porsche. It boasts a 4.8L twin-turbocharged V8, which delivers 493bhp at 6,000rpm. The Panamera is a direct adversary to other European luxury cars such as the Aston Martin Rapide and Maserati Quattroporte.

The name Panamera is deduced from the Carrera Panamericana racing series, where Porsche earned many class wins.

The Panamera Turbo received a facelift in 2013 along with other Panamera line-ups. A facelift of the more powerful Turbo S variant followed in 2014.

The Panamera Turbo was already found within the game directory of Need for Speed: World before making an official appearance in-game. These files were removed for unknown reasons after a patch was applied shortly after the title's initial release. The files were later reapplied after another patch on March 20, 2012.

The Panamera Turbo has a simplistic and reliable handling capability despite its body style. When using nitrous, the car gains a moderate speed boost. The Panamera has powerful acceleration, although the A class variant does appear to lack in this field compared to similarly ranging cars. It is capable of reaching a stock top speed of 161 mph (259 km/h).

Players can use the Panamera Turbo in multiplayer matches successfully because of its handling. Its acceleration is competitive within B class but might lack in higher classes. Still, it is a valuable choice for pursuit events, as the Panamera has decent durability.

The Panamera Turbo appears in Need for Speed: Hot Pursuit (2010) as a Super Series racer vehicle, and as an SCPD Rapid Deployment unit.

The racer vehicle can only be unlocked through redeeming a promotional Dr. Pepper code and is only available for the Xbox 360 release. The SCPD unit is unlocked upon the player earning a total of 157,500 cop bounty.

The Panamera excels in durability and strength, and for a car its size, its acceleration proves to be above average. On the downside, top speed is borderline when compared to the rest of the class. Its sharp handling, combined with its narrow turning circle while drifting, may catch unassuming drivers off-guard. Overall, the Panamera is a more pursuit-oriented vehicle above all else, and while it is very well-balanced, it is overshadowed by the rest of its class. 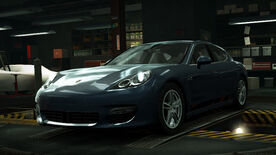 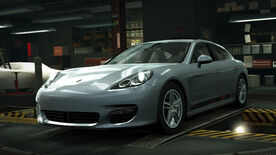 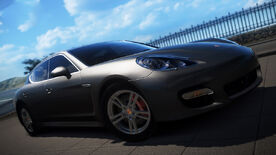 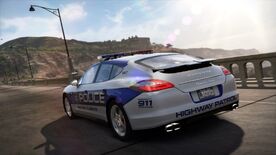