Brooke Burke
Rachel Teller is a friend of the player and Samantha. She helps the player earn reputation in the city of Bayview.

Rachel gives the player a tutorial at the beginning of Need for Speed: Underground 2, which includes how to use the SMS system, minimap and how to access events. She lets the player drive her Nissan 350Z to meet her at a car dealership.

The player can enter two race events, enter outruns and a hidden race in Rachel's car to earn money. Rachel becomes increasingly angrier at the player as they enter events, but she ultimately forgives them upon reaching the car dealership.

Rachel helps the player frequently throughout the game by giving them tips on driving, secret shops, important events and sometimes hidden events.

She drives a green (Metallic #10) Nissan 350Z with the Art Factory 6 vinyl, which is a unique dragon graphic with purple flames, and can be seen in the main menu if the player hasn't started Career mode.

It is fitted with a "Mantis" bodykit, a "Twister" carbon-fibre hood, a set of Racing Hart CP-FTUNE R 20" rims, an Ace exhaust, Voltage headlights, Reaper taillights, and a Lex 42 spoiler. Applied to the bodywork are two body decals, a black HKS decal on the left quarter panel, and a black Sparco decal on the right quarter panel. It has medium black window tint. 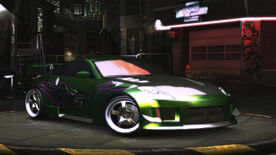 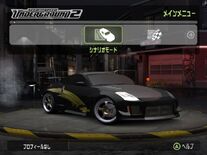 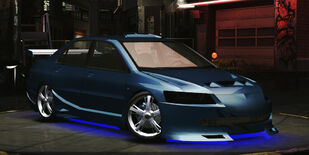 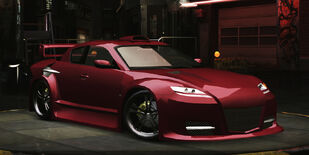 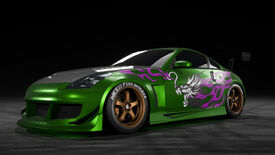 Retrieved from "https://nfs.fandom.com/wiki/Rachel_Teller?oldid=142815"
Community content is available under CC-BY-SA unless otherwise noted.