Need for Speed Wiki
Register
Don't have an account?
Sign In
Advertisement
in: Vehicles, 2010s, Land Rover,
and 13 more

The Evoque is also produced as a five-door SUV.

It is featured as an SUV class vehicle, which can be found in multiple Jack Spots around Fairhaven City. The Evoque is available from the start in the multiplayer mode.

The Evoque has lower top speed, is less durable, and is not as good off-road compared to the Ford F-150 SVT Raptor. It makes up for these deficiencies with superior acceleration and handling.

This trait makes it more useful in races than the SVT Raptor and is a decent choice for Pursuit mode due to being more durable than cars from other classes.

The Range Rover Evoque is available in the mobile release of Need for Speed: Most Wanted (2012) in the SUV category. The Evoque boasts powerful acceleration and top speed for its category and can be purchased for $60,000. A "NFS Edition" with better overall stats is available for $200,000.

The Range Rover Evoque appears in Need for Speed: Duel as a C class vehicle.

The Range Rover Evoque 2011 appears in Need for Speed: Edge with a B class performance rating. 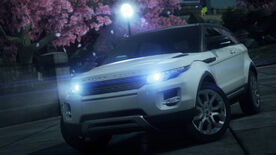 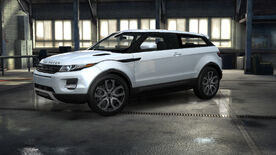 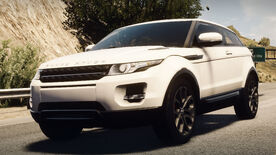 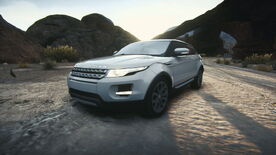