Rosewood is a large borough found in Rockport, a few miles north of Downtown Rockport. The borough has a large town area within its mid section, as well as many smaller rural areas surrounding it.

Highway 99 follows the circumference of the borough as it runs along many hills and through a few tunnels. Rosewood consists of a few different districts including Heritage Heights, Petersburg, Downtown Rosewood, Forest Green Country Club and the Rosewood College Campus.

The player is relegated to Rosewood after losing to Razor in the introduction of Need for Speed: Most Wanted. The player's roaming area is limited to Rosewood until they beat Blacklist racer #13 - Vic.

Downtown Rosewood is the south-western district of Rosewood.

A safehouse is located within the area as well as other landmarks such as the Rosewood Bus Station and the Rosewood Precinct of the Rockport Police Department. Both can be used as shortcuts as they feature a few direct and alternative routes along many event courses.

The police station's shortcut includes a destructible radio tower serving as a pursuit breaker and can be directly accessed via a crossroad with Highway 99.

Another road found to the far south of Rosewood can be found with a truck stop, a car lot and several small businesses.

Heritage Heights is a small suburb located to the north of the Rosewood district.

The area also contains a small forest that Highway 99 runs through as well as a road that connects the district to the Refinery District of Silverton. Another small forest trail can be found in the eastern area of Heritage Heights.

The small forest connects to the Forest Green Country Club, the Rosewood College Campus and Highway 99. The small forest trail is a part of many event courses and a major route in the Team Escape event - "Most Wanted."

The Petersburg area can be found across the southern edge of Rosewood. Petersburg contains Highway 99 and mostly minor commercial businesses.

Two gas stations, a shopping mall and a fire station can be found within the area. There area connects can be found in between along routes leading from Downtown Rosewood and the Highlander Stadium.

A doughnut shop, a waterpark, Diamond Park, a dual carriage road, City Hall and a clock tower can be found along Main Street.

A road leading to Palmont City is also located at the western edge of the road as Main Street meets with Highway 99.

The Rosewood College Campus area is located in the central region of the Rosewood district.

The college campus includes the main campus that consists of a ring road around the educational facilities and a route weaving around a teaching hospital to the south. It is also connected to Highway 99.

The college campus consists of student accommodation, parking lots and several routes through the campus walkways.

The "Rosewood College Hospital" has Chancellor Way emerging from the height, base and sides of the hospital, as well as a direct shortcut through the middle from the top of the facility.

The Highlander Stadium is the local football stadium located to the north-west of Rosewood at Highway 99 towards the Hickley Field baseball stadium.

A crossroad can be found within the area that connects Highway 99 to Main Street which leads to Petersburg and a long tunnel road that leads to the Infinity Park area of Silverton.

The Hickley Field is the local baseball stadium located north-west of Rosewood at the Highway 99 towards the Highlander Stadium.

The stadium is surrounded by parking lots, with some being inaccessible for the player. Both entrances of the stadium contain pursuit breakers, which can be used to block opponents or immobilise police vehicles. Players can also find a hiding spot at the parking lot next to the highway entrance.

In Need for Speed: World, Hickley Field was also used as a Meeting Place location.

Highway 99 is the longest highway in Rockport. It runs in a complete loop around Rosewood and also connects to Downtown Rockport.

It consists of two tunnels, a small bridge and a large forest area in the northwest. The area in the far east is very rural and features many farms as well as a wind farm. Some cows can be seen in a dairy farm alongside the highway. 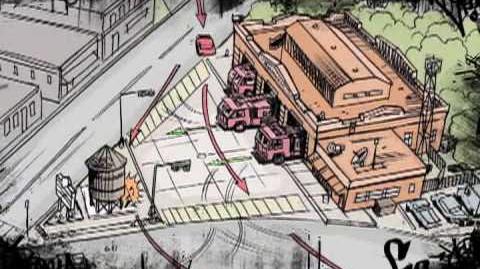 Retrieved from "https://nfs.fandom.com/wiki/Rosewood?oldid=140253"
Community content is available under CC-BY-SA unless otherwise noted.