Ryo Watanabe is a member of the Apex Glide racing team, and was crowned the Showdown King by the Super Promotion racing organisation. He is first introduced to the player at the D-Day event hosted by the Battle Machine organisation. Ryo openly detests Ryan Cooper and directly insults their driving abilities whilst on stage at the D-Day event.

He drives a Mitsubishi Lancer Evolution X throughout the career with the same vehicle having a blueprint for each of the four racing modes. Many of his records held by other racing organisations and course locations can be beaten by the player in career mode. 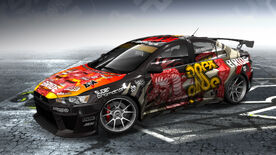 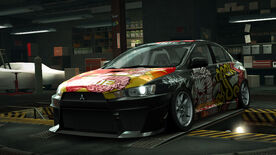