Need for Speed Wiki
Register
Don't have an account?
Sign In
Advertisement
in: Vehicles, Cars, Dodge,
and 15 more

It was limited to a 159 unit production run with 93 examples being painted in TA's exclusive orange paint, and 66 extra units with 33 each in white and black.

The TA added on top of the features present in the GTS with the inclusion of grippier tyres, reduced weight, a two-stage Bilstein dampening system, a carbon fibre X-brace, Brembo brakes, lightweight alloy wheels, and a carbon fibre front splitter as well as a rear spoiler.

However, the luxurious interior styling of the GTS wasn't carried over to the TA.

The Viper TA appears in Need for Speed: Rivals as a racer vehicle included with the Ultimate Racer Pack for any release as a pre-order bonus, but is only available for the PC and Xbox releases with the Loaded Garage Pack.

It was revealed following the release of an article regarding ingame personalisation on August 14, 2013.

It is included with either the Ultimate Racer Pack or Loaded Garage Pack, and is unlocked for the racer faction upon the player completing the tutorial SpeedList.

The Viper TA 2013 appears in Need for Speed: Edge. 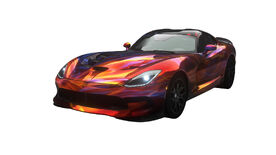 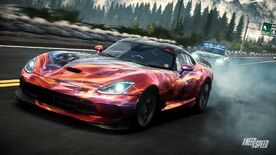 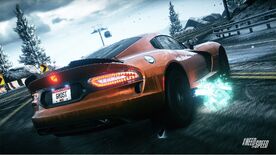 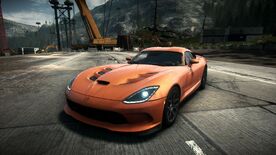