Need for Speed Wiki
Register
Don't have an account?
Sign In
Advertisement
in: Vehicles, 2000s, Scion,
and 17 more

The Scion tC has made frequent appearances in motorsport. WORLD Racing uses a highly modified tC as a drag race car whilst Team Need for Speed uses a tC as Time Attack race car.

It has the lowest car rating of the front-wheel drive tier 1 cars and cannot be Works converted. Compared to the Honda Civic Si, the Scion tC has less horsepower but also produces more torque.

The Scion tC has outstanding handling capabilities, which are comparable to that of the Toyota MR2 GT-S. It has a slightly better steering at the cost of a weak perfect launch effect. Acceleration of the car is sufficient for competing against other powerful B class vehicles. Its top speed is 178 mph (286 km/h).

It rivals against the fastest B class cars in the game and is also useful in pursuit events. The Scion tC can be upgraded up to A class.

It is fitted with Medion tuned quality performance parts, 2-star Skill Mods, and a selection of aftermarket parts.

The Scion tC appears in Shift 2: Unleashed as a Modern Road class performance index D car, It has a price tag of $11,500. It has a 150 performance rating and a handling rating of 2.75.

Shift 2: Unleashed also features the Team Need for Speed Scion tC AWD. It is a heavily modified all-wheel drive variant of the Scion tC with a performance index rating of A 1950, and can be unlocked upon completing the Time Attack Discipline event. It has a top speed of 210 mph (338 km/h) and a handling rating of 4.10.

The WORLD Racing Pro-FWD Reaper appears as a Modern QMile vehicle available as a part of the Speedhunters Pack and has an overall rating of A 2630. The Pro-FWD Reaper is a drag car based on the Scion tC.

It is capable of reaching a top speed of 250 mph (403 km/h) and has the lowest 0-60 mph time in the game. However, the Pro-FWD Reaper has a low handling rating of 2.82, making it solely useful in drag events. 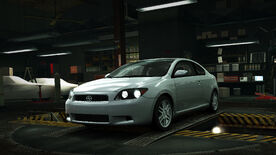 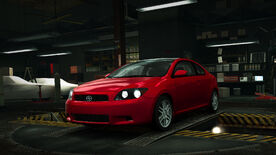 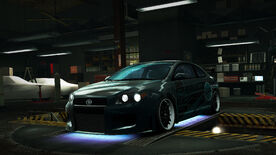 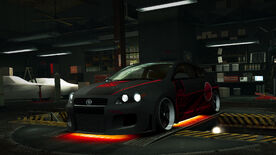 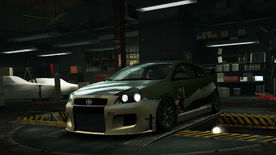 Need for Speed: World
("This Side Up") 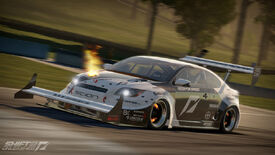 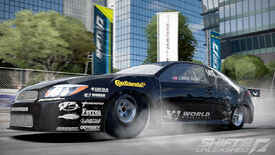 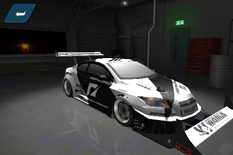