Within its racing career, the Daytona Coupé earned many victories including the 1964 24 Hours of Le Mans and 24 Hours of Daytona. Only six units of the car were produced, due to the fact that the Ford GT40 project was launched.

The Daytona Coupé is notable for its handling. It is capable of high-speed cornering and one of the best cars in this field. Acceleration is above C class standard and comparable with that of the Nissan Skyline GT-R R34 V-Spec.

The Daytona Coupé also has a more effective nitrous output than the latter. Top speed is 190 mph (306 kph) and 194 mph (313 kph) with nitrous applied.

Overall, the Daytona Coupé is a competitive car for every event, including Pursuit Outrun and Team Escape, where its pursuit durability can prove to be useful.

The Nero style is a vintage series car that costs

The Daytona Coupé appears as part of the downloadable Legends Pack for Shift 2: Unleashed as a 60s Legends GT classed car. It is featured with a 620 overall rating and 3.31 handling rating.

The Daytona Coupé appears in Need for Speed: The Run as a tier 3 car and is unlocked upon beating ten Autolog recommendations.

It is one of the quickest tier 3 cars, as it is capable of a top speed of 180 mph (290 kph), and it also has the best acceleration time, although at the cost of handling.

The NFS Edition is a tier 4 car that is unlocked after beating 10 Autolog recommendations.

The NFS Edition is a tier 5 car that is unlocked after beating 20 Multiplayer Objectives in the Muscle Car Playlist.

The Carl signature edition is unlocked after achieving a bronze medal in all East Coast Express challenges.

The Cobra "Daytona" Coupé appears in Need for Speed: Edge. 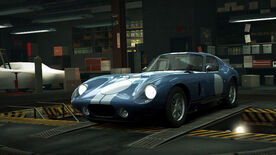 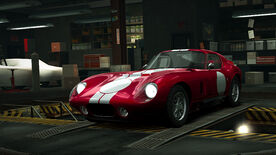 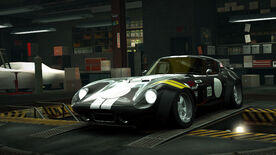 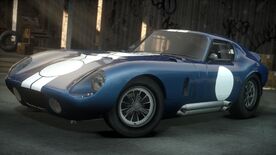 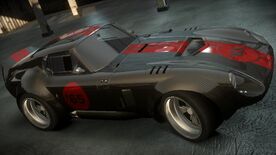 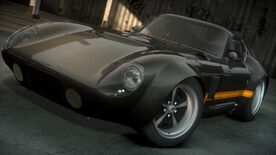 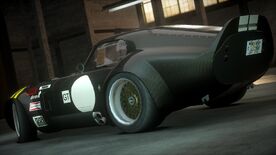 Need for Speed: The Run
(Carl) 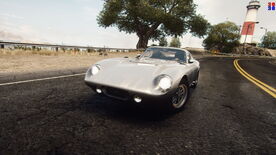 Need for Speed: Edge
Retrieved from "https://nfs.fandom.com/wiki/Shelby_Cobra_%22Daytona%22_Coup%C3%A9?oldid=137914"
Community content is available under CC-BY-SA unless otherwise noted.