It was conceived when Carroll Shelby collaborated with AC to create a car powered by a V8 engine.

The Cobra Semi-Competition uses a reworked AC Ace chassis in order to handle the amount of torque produced by the 427cu Ford V8 engine as well as wider fenders and a larger radiator opening by Shelby.

The Cobra 427 is faster than the Shelby Cobra "Daytona" Coupe but still lacks in terms of acceleration compared to similarly priced A class cars. It also has a weak nitrous boost.

Its handling performance counts as its strongest trait; the Cobra 427 is capable of turning quickly in corners without losing much grip. Top speed is 196 mph (315 km/h).

The Blue style is an unreleased variant.

The Legend style is a vintage series car that costs

The Cobra 427 appears in Need for Speed: Most Wanted (2012) and was first revealed in a multiplayer teaser trailer for the game.

It appears as a Muscle class vehicle, unlocked for use in singleplayer upon defeating Most Wanted List racer #9 and is unlocked upon reaching SpeedLevel 64 in multiplayer.

It is one of the quickest accelerating Muscle class vehicles, being up to par with the Ford GT and the fastest Sports cars of the title. The Cobra 427 easily enters a drift upon applying its brakes and generally handles better than its heavier class competitors. 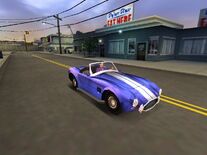 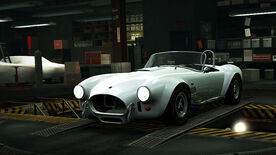 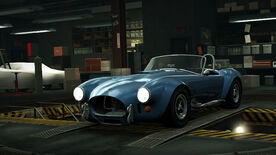 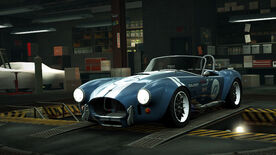 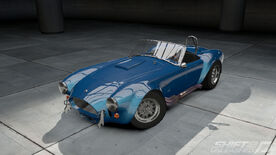 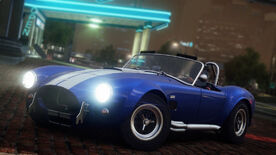 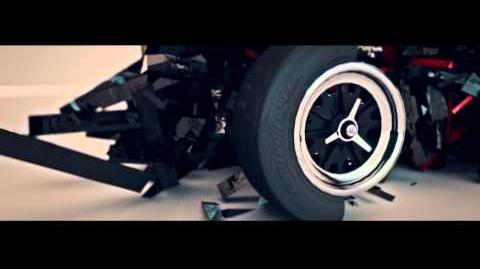