Need for Speed Wiki
Register
Don't have an account?
Sign In
Advertisement
in: Vehicles, 2010s, Smart,
and 12 more

The second generation entered production in 2007 and received two facelift redesigns before production ceased to make way for the third generation model in 2014.

The first was in 2011 and included additional airbags, new equipment placement, additional cloth trims, and circular dash vents; followed by the second occurring in 2013 introducing lowered facias and the manufacturer badge being moved to the centre of the grill.

The fortwo 2012 appears in Need for Speed: Edge with a C class performance rating. 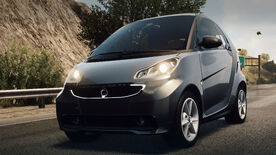 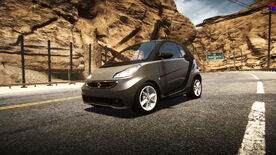